Rangel: It's Time for a War Tax and a Reinstated Draft

While I am optimistic about our Commander-in-Chief’s strategy to defeat the Islamic State of Iraq and Syria, I voted against the Continuing Appropriations Resolution 2015 that would grant the President the authority to provide funds to train and arm Syrian rebels against the enemy. I opposed the amendment because I strongly believe amassing additional debt to go to war should involve all of America debating the matter. That is why I have called for levying a war tax in addition to bringing back the military draft. Both the war surcharge and conscription will give everyone in America a real stake in any decision on going to war, and compel the public to think twice before they make a commitment to send their loved ones into harm’s way.

As a Korean War veteran, I know the plight of war. Our military is the best in the world, but war is unpredictable and chaotic. In the event that the conflict in Iraq and Syria necessitates American troops on the ground, everyone should share the sacrifices instead of the small few who are already carrying that burden.

For a decade I have been calling for the reinstatement of the draft because our military personnel and their families bear a tremendous cost each time we send them to fight. Since 2001, nearly 7,000 soldiers have paid for these wars with their lives. More than 52,000 have been wounded, many narrowly saved by the miracle of modern medicine. The 3.3 million military households have become a virtual military class who are unfairly shouldering the brunt of war. Many men and women in uniform serve multiple tours, as many as 10, and 25 percent of America’s active duty military personnel suffer from Post-traumatic Stress Disorder (PTSD). It is unacceptable that on average 22 veterans die by suicide every day. If war is truly necessary, we should all come together in defense of our nation, not just one percent of America.

In addition to the significant number of precious lives lost in Iraq and Afghanistan, we have accumulated too much debt to finance these wars. The United States has borrowed almost $2 trillion to fund our military engagements on foreign soil. It is estimated that the total cost would be close to $6 trillion; we continue to pay a heavy toll for these conflicts. Each dollar spent on war is a dollar not spent on education, energy, housing, or healthcare. We cannot afford to tread this same path when we are slashing domestic programs that are the lifelines for so many Americans. I will soon introduce a bill that will impose war tax to ensure that we do not have to choose between further gutting the social safety net and adding to the $17.7 trillion of national debt.

I continue to believe that under President Obama’s leadership, the international community will rid itself of this cancer. Secretary of State John Kerry has reported that nearly 30 countries have stepped up to support the fight against ISIS. These countries intend to provide financial resources, intelligence, equipment and training. Furthermore, the Iraqi Prime Minister Haider al-Abadi stated that their government also does not want President Barack Obama to send American ground troops to fight in Iraq. Nevertheless we must be prepared for the worst.

ISIS militants are a real threat. They have already killed two American journalists and thousands of Syrians and Iraqis in their brutal attempt to establish an Islamic caliphate. If left unchecked, they can jeopardize our core interests abroad and at home. We must share the burden in diminishing their impact to our national security. Containing their spread will help America and our allies to feel safe whether at home or abroad. Reinstating the draft and imposing the war tax will ensure that our safety is sustainable, our financial engagements abroad are not borrowed, and that all Americans have a role in defending and protecting our nation.

Rep. Charles B. Rangel (D-NY) is a combat veteran and former Chairman of the House Ways & Means Committee. 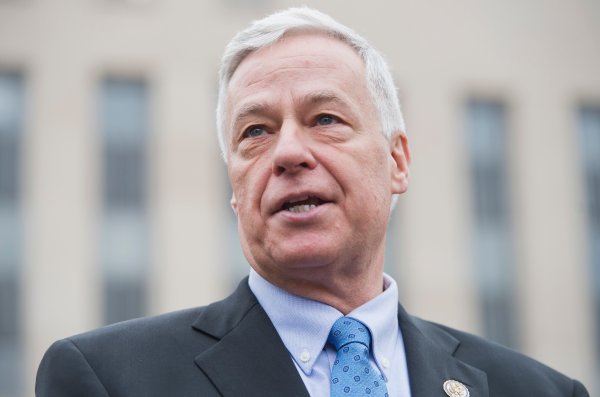