The Maine Republican Party denounced a video promoting Democratic gubernatorial candidate Mike Michaud on Friday. The soundtrack to the video, a rap song, contains the lyrics, “I’m the King of Maine. I’ve got Susan Collins giving everyone brain,” a slang reference to oral sex. (They lyrics began around the 1:58 mark in the video above.)

Michaud’s campaign said the candidate had no involvement with the production of the video, which was created by local blogger Alex Steed and his production company Knack Factory. “We had no control over this video just like we have no control over news coverage,” campaign spokesman David Farmer told the Portland Press Herald. “Mike doesn’t even listen to rap.” The campaign said it contacted Steed as soon as it divined the meaning of the lyrics and asked him to take the video down from the Bangor Daily News site, which he did.

Steed tweeted on Friday morning confirming that Michaud had nothing to do with choosing the song.

The tweet linked to a post on Bangor Daily News that explained Steed and Knack Factory did not know the meaning of “giving brain” when they created the video and chose the song by Maine rapper Spose.

Later, he apologized directly to Michaud for the mistake:

Republicans nonetheless condemned Michaud, a member of Congress, for the video. “It is absolutely appalling and completely inexcusable that Michael Michaud would make a video with such a vulgar reference to Susan Collins,” Maine Republican Party spokeswoman Deborah Sanderson said in a statement. “In his quest to win votes from a younger generation, Congressman Michaud has gone way over the line by participating in this depraved insult to Maine’s senior senator.”

Rap and pop music has a long history of making misogynistic references to politicians. In the song “Grillz,” Nelly raps, “Gotta bill in my mouth like Hillary Rodham.” Eminem raps “And I’ll invite Sarah Palin out to dinner then nail her, ‘Baby say hello to my little friend,'” in “We Made You.” And in Beyoncé’s recent song, “Partition,” she sing, “He Monica Lewinski’d all on my gown.” 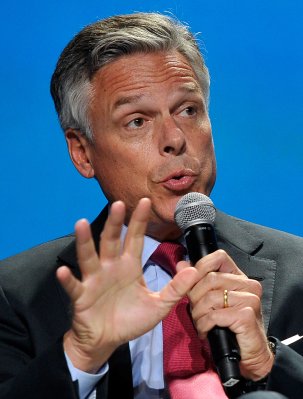 It's Time to Break the Gridlock
Next Up: Editor's Pick