Everything You Need to Know About Alibaba and its Mega-IPO

The Wall Street hype machine is in full swing for the Chinese online retail giant Alibaba’s initial public offering. The company, which operates a series of vast online marketplaces in China, raised $21.8 billion when it priced its IPO at $68 per share Thursday night, making it the largest offering in U.S. history. But that was just the beginning of the investor craze—shares began trading just before noon on the New York Stock Exchange Friday at $92.70, a 36% jump from the IPO price. That opening price puts Alibaba’s overall valuation at almost $230 billion, more than Amazon and eBay’s valuations combined.

Alibaba has already been called so many things–the Amazon of China, the biggest IPO of all time, the harbinger of a new Internet era—that it can be hard to pin down exactly what Alibaba does and how it makes money. TIME has assembled this helpful primer for the uninitiated to understand the hottest public offering of the year. Here’s what you need to know about Alibaba:

Alibaba Group is a Chinese Internet corporation involved in a variety of Web businesses. Its most important elements are its online retail sites: Taobao Marketplace, a large eBay-like commerce site; Tmall, an online marketplace for name-brand retailers like Apple; and Juhuasuan, a daily deals site similar to Groupon.

The company is also affiliated with a PayPal-like mobile payments service called AliPay, and it has investments in online video, mobile messaging and cloud computing, among other businesses.

So is Alibaba the “Amazon of China” or not?

Not exactly. Unlike Amazon, Alibaba itself does not sell and ship items to customers. Instead, it acts as a kind of online bazaar where merchants as small as local vendors and as large as Nike can hawk their wares. Alibaba makes money mainly by convincing these sellers to place search ads on its website to reach more potential customers through keywords (like Google) or by charging a commission on some transactions (like eBay).

The company also makes money by selling premium memberships, cloud computing services and access to analytics data — so there are some comparisons to be made to Amazon.

Why is Wall Street so obsessed with Alibaba?

First, Alibaba processes a lot of sales and makes a ton of money doing it. Alibaba generated $248 billion in transactions on its three biggest marketplaces last year. By comparison, eBay generated $83 billion.

More staggering is the profit the Chinese giant reaps from these sales: Alibaba made about $2 billion in profit in the most recent quarter, tripling its earnings from a year ago. EBay, on the other hand, made $676 million and Amazon lost $126 million. Alibaba keeps costs low by hiring fewer employees than its closest American competitors and, unlike Amazon, avoiding the costly expense of operating fulfillment centers to ship products to customers.

Investors are also excited because Alibaba offers the most direct way to own a piece of China’s booming tech scene. The Internet population in the country is expected to reach 800 million by next year, according to government estimates, making it the largest market of online users by far. Tencent, another Chinese tech giant, offers many services that compete with Alibaba’s, but it’s traded on Hong Kong’s stock exchange. With Alibaba on the New York Stock Exchange, it will be easier for U.S. residents to invest in the company.

Who’s the mastermind behind Alibaba?

That would be Jack Ma, a former English teacher who founded Alibaba out of his Hangzhou apartment in 1999. Ma is not your average tech executive. He didn’t start using the Internet until 1995 and still doesn’t know how to code. He’s an eccentric character who once donned a blonde wig and black lipstick to sing “Can You Feel the Love Tonight?” at a 10th anniversary celebration for his company.

But he’s also a ruthless businessman who effectively ran eBay out of China in the early 2000s and maintains significant influence over Alibaba’s activities even though he’s no longer the CEO.

Who are the other key players at the company?

Yahoo, which owns about one-fifth of Alibaba, stands to make a windfall when it sells more than 120 million of its shares during the IPO, reaping as much as $8.3 billion before taxes. Yahoo will still have a 16.3% stake in Alibaba after the IPO and its stock price will likely continue to be buoyed by Alibaba’s rapid growth. However, Softbank, the Japanese tech firm that owns Sprint, is Alibaba’s biggest shareholder. Softbank will have a 32.4% stake following the IPO.

Despite their large stakes, these companies have relatively little say in the operational activities of Alibaba. They have ceded much of their shareholder influence to a group of executives called the Alibaba Partnership.

What is the Alibaba Partnership?

It’s a group of longtime of Alibaba employees, including Ma and his right-hand man Joe Tsai, who exert incredible control over the company’s activities. Alibaba also has a board of directors, but the Alibaba partnership reserves the right to nominate the majority of the board members, meaning the Partnership essentially controls the activities of the company by proxy without the need for input from other shareholders.

Should investors be concerned about this structure?

Well, it is highly unusual. The Partnership structure was rejected by the Hong Kong Stock Exchange, which is how Alibaba ended up on Wall Street in the first place. Though members of the Partnership must have a “meaningful” equity stake in Alibaba, according to the company prospectus, it’s not spelled out how large the stake must be. As Harvard Law School professor Lucian Bebchuk points out, partners could choose to later pare down their stakes in Alibaba and attempt to influence the company in ways that are not beneficial to other shareholders (remember, Yahoo and Softbank have basically handed their votes to the Partnership).

The ability of Alibaba’s executives to act unilaterally has already caused concerns before. Jack Ma spun off the fast-growing payments platform Alipay to another company he owns in 2011, which angered Yahoo.

Forget the risks! How do I get in on this IPO?

You don’t, unless you’re really rich. The banks underwriting Alibaba’s IPO will sell shares to mutual funds, hedge funds, and large-scale individual investors. The Average Joe’s first chance to get a piece of the company will likely be Friday morning, once the stock is publicly trading. But those shares could come at a significantly higher price than the IPO price range of $66 to $68. Twitter, for instance, started trading above $45 back in November even though its IPO price was just $26, due to extremely high demand for its stock. Unless you’re well-connected, it would be almost impossible to game the IPO to turn a quick buck. You should either plan to buy in as a long-term investor after carefully studying Alibaba’s prospectus or just relax and watch the chaos unfold without worrying about making or losing money.

What’s next for Alibaba?

The company’s breakneck growth in China shows no signs of abating, and Alibaba also has plans to compete on U.S. shores. Over the summer, the company launched 11 Main, an Etsy-like platform that connects shoppers with boutiques and other small vendors. And during Alibaba’s road show pitching the IPO to potential investors, Ma made his most direct statements yet about his already-massive company’s global ambitions.

“After we go public in the U.S., we will expand strongly in Europe and America,” Ma said. “Because after all we’re not a company from China, we are an Internet company that happens to be in China.” 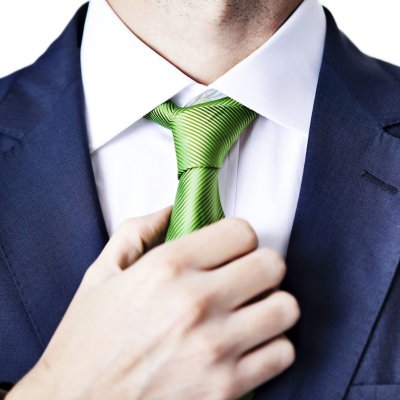 Here's Why Major Companies Are Relaxing Their Dress Codes
Next Up: Editor's Pick