The 7th Heaven Cast Had a Reunion, and They're All Judging You Behind Their Smiling Faces

If 7th Heaven taught us anything, it’s that there’s no greater feeling than the love of family. Also, that anything that can go wrong (in an explosive, dramatic way) will go wrong — but that it will all be neatly resolved with a few hugs and a home-cooked meal.

Now, many years later, in true Camden fashion, the 7th Heaven cast has reunited for one more family dinner. Stephen Collins, who played the noble patriarch and devoted minister Eric Camden, was kind enough to share a photo from what appeared to be a rather joyful reunion:

You’ll notice two major absences: their dog, Happy (R.I.P, we assume), and the youngest daughter, Ruthie (played by Mackenzie Rosman.) We’re not sure where Ruthie was, but last we heard, she was posing for Maxim, which, ahem, doesn’t exactly fit into the wholesome Camden code of conduct. (Also, the twins are missing too, but they barely count anyway.)

Don’t they kind of look like they fit together as a real family though? Besides Jessica Biel, who stands out as the hottest and most famous. She clearly won this breakup, although Barry Watson isn’t looking half bad these days either. 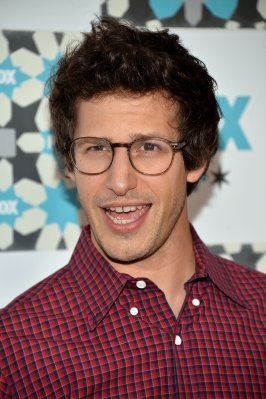 Andy Samberg Has His Very Own Hamburger Now
Next Up: Editor's Pick