Where Confidence Lives In the Brain

Confidence might be more than just an emotion. A new study published in the journal Neuron suggests that it may actually be a measurable brain activity.

Researchers at Cold Spring Harbor Laboratory (CSHL) looked at rats, critters that exhibit confidence similarly to humans by their willingness to wait longer for a reward when they feel confident they made the right decision, they say. They were able to determine the part of the brain behind that confidence.

The researchers trained the rats to respond to two different odors that were associated with two different doors, and behind one of the doors was a reward. Then the researchers mixed the two odors, but made sure one scent was dominant. The goal was for the rat to choose the right door based on the dominant odor. They found that the rats exhibited confidence by their willingness to wait longer for the correct door to open. “Rats are willing to ‘gamble’ with their time. This is something that we can measure and create mathematical models to explain,” said study author Adam Kepecs of CSHL in a statement. “The time rats are willing to wait predicts the likelihood of correct decisions and provides an objective measure tracking the feeling of confidence.”

In the second part of their experiment, the researchers looked at the part of the brain called the orbitofrontal cortex (OFC), which prior studies have suggested could play a role in confidence. When researchers shut off the neurons in the OFC, they discovered that the rats’ wait times were no longer a predictor of making the right choice, suggesting that their confidence had been impaired.

The human OFC is more sophisticated, but it plays the same role as it does in rats, researchers think. Understanding how confidence works in rodents can pave the way for better understanding for how humans develop confidence–and what’s behind our decisions. 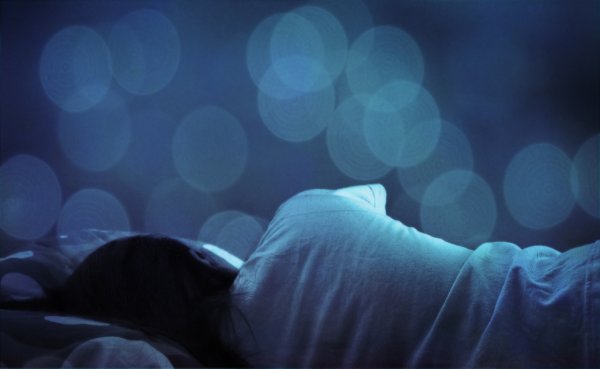 Your Dreams Get More Bizarre as the Night Goes On
Next Up: Editor's Pick