Journalist and author Glenn Greenwald, left, and Kim Dotcom attend a political forum at in Auckland on Sept. 15, 2014
Brett Phibbs—New Zealand Herald/AP
By Per Liljas

The climate enveloping New Zealand’s parliamentary elections on Saturday could be branded anything but politics as usual.

The vote marks an end to a campaign season marred by covert Internet bullying, revelations by hackers, and that could see Kim Dotcom, a cyberoutlaw wanted by the FBI, voted into the House of Representatives.

Not even two months ago, incumbent Prime Minister John Key looked set for a comfortable third victory, but then a book release upset the remote island nation’s political equilibrium. In Dirty Politics, investigative journalist Nicky Hager revealed how top members of Key’s cabinet had spread personal information about their opponents to a vitriolic right-wing blogger. Whale Oil, as the blogger is known, then went on to fuel online hatred directed at certain public servants, some of whom ended up receiving death threats from Internet commenters.

Hager claims that the material exposes “the covert attack machine run by the National Party and its allies,” the Guardian reports, and his oeuvre has completely taken over New Zealand’s political discussion ever since. Even though Key was not directly implicated, he’s been widely berated for his feeble response, having deferred sacking those central to the scandal and denouncing Hager as a “screaming left-wing conspiracy theorist.”

Key also lashed out at the fact that Hager’s information was based on personal electronic communications allegedly retrieved by illicit means. “I think there’s a real risk that a hacker, and people with a left-wing agenda, are trying to take an election off New Zealanders,” he said.

That may not necessarily be the case, since Key and his National Party are still looking robust in the polls. Still, there’s a certain sense of the Kiwi elections are taking the shape of a cyberelectoral soap opera.

In the opposite corner stands the 6-ft. 7-in. figure of Kim Dotcom, who made a fortune from his file-sharing website Megaupload, but also drew the ire of the collective Hollywood community and FBI, who wanted him held accountable for infringing on copyright laws. After leading a lavish playboy lifestyle and being the subject of a dramatic 2012 police raid on his estate, German-born Dotcom has turned to politics. The 40-year-old has proclaimed that his Internet Party is the beginning of a global youth movement fighting for expanded freedom and privacy on the web. He is contesting the elections together with the Maori left-wing Mana party, and they look likely to win seats in parliament. Dotcom has also managed to attract international attention to his cause.

On Monday, Dotcom shared an Auckland stage with three other prime U.S. security targets — Glenn Greenwald, Julian Assange and Edward Snowden (the latter two via video link) — for a political forum named “Moment of Truth,” where the trio outlined how Key’s government had worked to implement a mass-surveillance program on its citizens.

Some have tried to downplay both the book release and the forum as spruiking, seeing as both took place so close to the vote. Whale Oil, whose real name is Cameron Slater, is even claiming that Hager’s source is none other than Dotcom himself. However, Hager says he would have “run a mile” if Dotcom had approached him with the leaked material.

“When a source is anonymous, like this person is, it’s possible to imagine all sorts of creepy things about them,” Hager told the Guardian. “But it is an intelligent, thoughtful person, I’m pleased to say — a nonpartisan person who I’m very comfortable working with.”

To date, Dirty Politics is Hager’s best-selling book. It remains to be seen what impact it will have on the elections, and to what extent New Zealand is turning into a bastion of politics for the Internet generation.

More than 3 million registered voters will elect 120 members to New Zealand’s House of Representatives on Saturday, with lawmakers chosen from 71 single-member constituencies and the remainder from party lists. 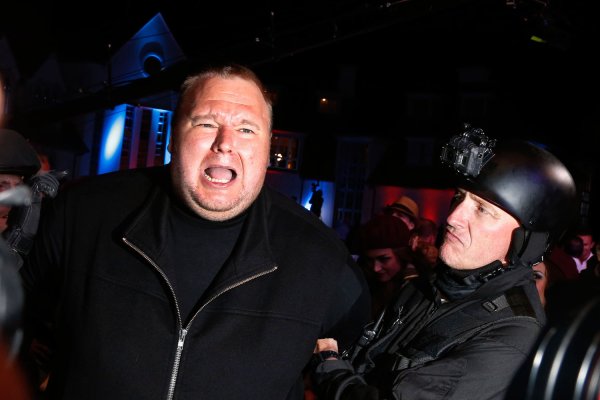