Australian security officials say that they have thwarted an alleged plot by Islamist extremists to snatch a random member of the Australian public and behead them on camera.

The revelation comes after raids on 25 homes across Sydney and Brisbane early Thursday morning by more than 800 uniformed police officers, forensic experts, and agents from chief spy agency ASIO, in the largest counterterrorism raid every conducted on Australian soil.

The raids resulted in the seizure of computers, documents, a firearm and the arrest of 15 suspects, one of whom, 22-year-old Omarjan Azari, will face court in Sydney later on Thursday, when details of the alleged beheading plot are expected to be revealed.

“You know it is of serious concern that right at the heart of our communities we have people that are planning to conduct random attacks,” New South Wales police commissioner Andrew Scipione said at a press briefing. “Today we worked together to make sure that didn’t happen. We have disrupted that particular attack.”

The swoop took place on the same day that 10 Australian military aircraft, 400 support personnel and 200 special-forces troops were dispatched to the United Arab Emirates as part of the U.S.-led coalition against IS militants in Syria and Iraq.

The raids also follow the arrest last week in Brisbane of two suspects at an Islamic bookstore, accused of recruiting jihadist fighters for Syria, and an announcement by Prime Minister Tony Abbott that the country’s terrorism-alert level had been raised from medium to high.

Abbott said at the time there was “no specific intelligence of particular plots” but asked the community to be vigilant and warmed of an increase in security measures at airports, government buildings and major events, including the 2014 G-20 summit to be held in Brisbane from Nov. 15 to 16.

Clive Williams, an adjunct professor with the Department of Policing, Intelligence and Counter Terrorism at the Australian National University, tells TIME that the recent cancellation of the passports of up to 60 Australians suspected of extremist links may have inadvertently increased the chance of an attack on home soil.

“The policy of stopping extremists from traveling overseas and fighting in Syria or Iraq has resulted in a large pool of frustrated people,” he explains. “They are a large risk to us and more of a threat than [Australian jihadists] who are already in the Middle East and may decide to come back one day.”

Sam Makinda, professor and founder of Murdoch University’s security, terrorism and counterterrorism studies program, says that “having supported the invasion of Afghanistan in 2001, Iraq in 2003 and so on, Australia had long ago painted itself as a target.”

He adds, “The only reason Australia has not yet suffered a terror attack is because ASIO has worked so efficiently, professionally and successfully in the past.” 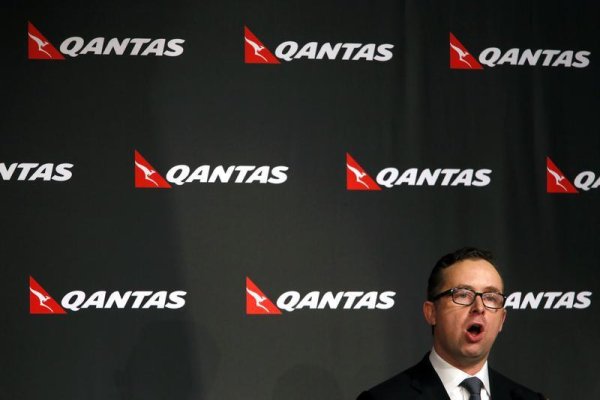