A slew of new products and updates to Amazon’s Kindle reader and Fire tablet lines are on their way, the company announced Wednesday–the biggest announcement of all that they’ll offer a new Fire device for just $99.

The new Fire HD comes in six and seven-inch models, with the smaller version costing $99 and the larger one costing $139. The device features a quad-core, 1.5 Ghz processor that Amazon says can run graphically intensive games. Front and rear-facing cameras should make selfies a breeze, and all the new devices will have unlimited photo storage in Amazon’s cloud services. The company claims that its new tiny tablets are more resistant to falls than any other devices on the market, including the iPad Air.

Amazon is also rolling out a slightly more expensive but nearly identical product aimed at kids. The Fire HD Kids Edition will have all the same features as the regular edition, but will also include a kid-centric interface called FreeTime, which serves up videos, books and apps aimed at children. The FreeTime mode prohibits kids from making in-app purchases–an issue Amazon has been accused of negligence on by the Federal Trade Commission. (Amazon is challenging those allegations in court).

The kiddie Fire HD also comes with a colorful protective case and a free year of FreeTime Unlimited, which is an all-you-can-eat subscription-based service that gives kids access to a variety of entertainment content. The 6-inch kids’ tablet is $149 and the 7-inch version is $189.

On the other end of the audience spectrum, Amazon announced a new version of a high-end tablet, the Fire HDX, which features an 8.9-inch screen, has a faster processor that clocks in at 2.5 Ghz, and which, at 13.2 ounces, is 20% lighter than the iPad Air. The new Fire HDX will also feature faster Wi-Fi, improved Dolby audio and a new dynamic light control system that changes the display to accommodate ambient light, making it more similar to the paper-like screen of the Kindle.

Amazon will also include a suite of office software called WPS Office, to encourage using the Fire HDX (and the cheaper Fire HD) as a productivity device. A super-thin keyboard made specifically for the new tablet will sell separately for $59.99. The HDX will cost $379 for the basic version, while the 4G-enabled version will cost $479.

Tying all these products together will be a new version of Amazon’s mobile operating system, Fire OS 4 (also known as “Sangria”). The new OS is packed with a lot of new features, including a service called Family Library that allows family members to share games, videos and other content they’ve purchased across multiple devices. Family members will also be able to create individual profiles on a single device with different app and content lineups to allow for easier sharing.

Fire OS 4 also pulls in some of the most prominent features from Amazon’s two new product lines this year: the Fire TV and the Fire Phone. Firefly, which lets people scan real-world objects to find out more information about them, will now be available on all the tablets, as will a video pre-buffering feature from the Fire TV called Advanced Streaming and Prediction. The popular Mayday button, which provides 24/7 customer support, will also make a return.

The devices continue Amazon’s habit of undercutting competitors on price by selling fairly sophisticated products at relatively low cost. It’s a strategy that’s a boon for customers, if not for Amazon’s bottom line. The company lost $126 million in the most recent quarter.

All the devices are available for pre-order now on Amazon.com and will begin shipping in October. 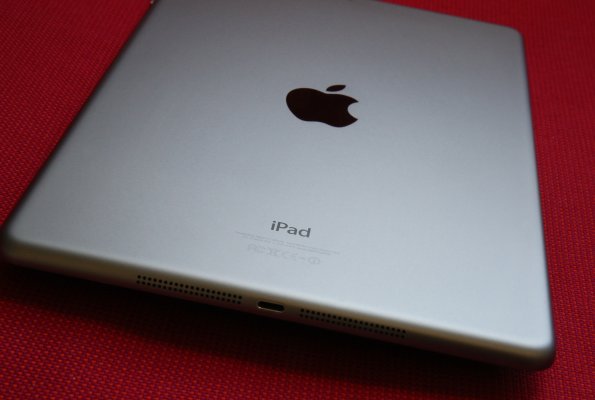 Apple Appears Slated to Launch Larger iPad in Early 2015
Next Up: Editor's Pick