Review: Gotham: No Batman? No Bat-Problem!

What is a superhero drama about if it’s not about superheroes? Last season, Marvel’s Agents of SHIELD tried to answer that question by making an Avengers companion series about, well, the Avengers’ companions. By the end of the season, the show had started to find a voice and a drive of its own, but for a long time it dithered without stakes or apparent purpose; watching even its better-executed episodes was like waiting a long, long time in a theater lobby for the movie to start.

Fox’s Gotham (Mondays, premiering Sept. 22) has a different and at least immediately better answer: a superhero drama without superheroes is about the world that needs saving.

Focused on the rise of young James Gordon (Ben MacKenzie)–someday police commissioner, now a detective–Gotham renders DC Comics’ alterna-city as a place of corruption, wealth and squalor whose civilians and cops have accepted injustice as a way of life. Creating this show as a prequel was a smart idea. We’re not visiting Gotham City in the lulls between when Batman shows up; we’re immersed in the conditions that will make Batman necessary.

Now, a disclosure: I am not the person best-qualified to tell you how faithfully Gotham renders the setting of the DC universe. Because I don’t care. I’ve watched my share of Bat-TV and Bat-movies, but I’ve never been a huge superhero genre fan, (and to the extent I am, I’m more of a Marvel guy). Maybe harder-core Batman fans will find an extra layer in how the series introduces familiar characters like Bruce Wayne (David Mazouz), Catwoman (Camren Bicondova) and The Penguin (Robin Lord Taylor)–now Oswald Cobblepot, flunky to preening gang boss Fish Mooney (Jada Pinkett Smith). Or maybe–as I’ve heard from a few–they’ll find it heavy-handed in the way it nudges and winks in introducing them. As with Game of Thrones or Outlander, there will be Readers and Noobs, and no one can be both at once.

But watching as a Noob, you have the advantage of seeing Gotham not as Batman Jr. but as what it mostly is: less a superhero and -villain saga than a surprisingly fresh, dystopian cop show.

Gotham comes from creator Bruno Heller, who after making HBO’s Rome produced CBS’s The Mentalist, a crime drama that, while not groundbreaking, was about 50% better than it needed to be. It’s not so much an origin story–though, no surprise, we see the ur-moment when young Bruce Wayne’s parents are murdered in front of him–as it is a root-causes story.

Heller has imagined the city as a noir capital; it seems to be night almost always, which seems to match the mood of the citizens. When Gordon vows that he’ll catch the Waynes’ murderer, Bruce’s servant-guardian Alfred (Sean Pertwee)–here, a stony tough guy–scoffs bitterly, “New boy, are you?” Other cops, like Gordon’s partner Harvey Bullock (Donal Logue), feel otherwise: in their Gotham, there aren’t good guys and bad guys, only buyers and the bought.

Gotham is not big on realism; the sets look like sets, in a good way, reminiscent of comic panels. (This is one case where the cliché “The setting is the star” may actually be true.) But it brings an emotional realism to this stylized backdrop, especially McKenzie, who was excellent as an officer on Southland. When Gordon crisply scolds Bullock, “You’re a cynic–a slovenly, lackadaisical cynic,” he communicates not just his idealism, but a fastidious superiority that probably does not win him a lot of friends, and that appears to compensate for damage in his own backstory.

OK, this too is a variation on an old story. Gotham is not reinventing the dark cop show, or the dystopian drama, or the superhero genre. But it combines them in a way that’s invigorating–and, honestly, it’s probably better than a new series with this built-in fanbase needed to be.

I’m not sure I’ll be watching Gotham every week: I wasn’t looking for a new cop drama, and I’m not a part of the aforementioned fanbase. For all that, I found the first hour of Gotham a surprisingly interesting place to visit. You just might want to live there. 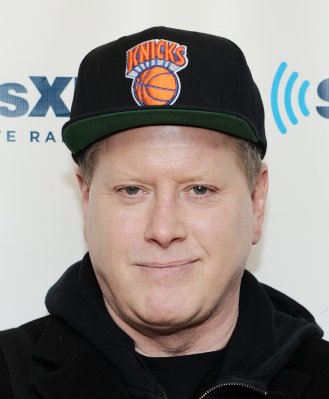 Darrell Hammond Set for SNL Return as Show's Voice
Next Up: Editor's Pick