Review: The Hunger Games Meets Lord of the Flies in The Maze Runner

It’s the ultimate nightmare of being the new kid at a boys’ high school. You find yourself in an elevator hurtling upward, fast, until it hits the top, and you are disgorged into a huge field bordered with high prison-like walls. You remember nothing, not even your name; the couple dozen other boys call you Greenie. They are lifers in this Glade, with virtually no hope of escape, and they tell you their three rules: 1. Do your part. 2. Never harm another Glader. 3. Never go beyond the walls.

But rules are made to be broken, especially by the young heroes of YA adventures like The Maze Runner, James Dashner’s trilogy of novels. In the mode of The Hunger Games and Divergent, Dashner puts teens of the future through harrowing tests of stamina, usually outdoors. It’s a sadistic teacher’s version of P.E. — if that stood for Punishment and Exhaustion — or maybe Fatal Recess. One imagines a generation of readers getting excuse slips from gym class to read these books and, grateful for the ordeal they’re missing, to slip into a dystopian time warp.

(READ: Corliss on the first and second films of The Hunger Games)

In the surprisingly sharp movie version of The Maze Runner, the schoolyard is that penitentiary courtyard where the prisoners have created their own primitive society: they raise crops, stand guard against the monstrous Grievers outside and, as boys will, flirt with social chaos by getting into occasional fights. (Dashner has read The Lord of the Flies.) Most Gladers dwell in the grave pessimism of underage Prisoners of War. They have succumbed to the basic precept of POW inertia: that fear breeds caution. There is no rosy future in the Glade’s grim nowness; it is like Jean-Paul Sartre’s No Exit-tentialism, but more crowded and with the musk of bottled-up testosterone.

The Greenie in the Glade, Thomas (Dylan O’Brien of MTV’s Teen Wolf), is just the tonic the place needs. Your standard YA rebel without a clue, he lacks both knowledge and fear of the terrors without. He’s the one raw recruit who no sooner hears someone say, “No one survives a night in Maze,” than he dreams of threading through it or losing himself in it. He will enter the Maze, with senior Glader Alby (Aml Ameen), to battle the Grievers — mechanical creatures with sticky footprints, a sea lion’s mournful roar and the Alien teeth mandatory in sci-fi horror movies — and give his dour fellows exactly what their leader Gally (Will Poulter, the “son” in We’re the Milers) has warned them against: the secret ingredient of hope.

The Maze Runner movie comes from feature-film novices — director Wes Ball and screenwriters Noah Oppenheim, Grant Pierce Myers and T.S. Nowlin — working on a $34-million budget, modest for a YA film with franchise ambitions. Switching the sex of the Hunger Games and Divergent protagonists to young male, the film mines the summer-camp (or prison-camp) camaraderie and rivalry of teen boys. So obsessed are the lads with their miserable confinement that, when pretty Teresa (Kaya Scodelario) pops put of the elevator an hour into the film, they don’t line up for a kiss or some rougher affection.

Thomas and his classmates might also be the Allied prisoners in The Great Escape. Escape they must, or this would be one bleak trilogy, into a Maze of New Brutalist architecture and mystic combinations to mysterious chambers. It all leads up to what should be the movie’s climax but is instead a long teaser for a sequel, still in the planning stage — as if the projectionist had switched reels at precisely the wrong moment. We’d almost rather be back in the Glade, where boys try to be men, and Hope is getting out of Detention. 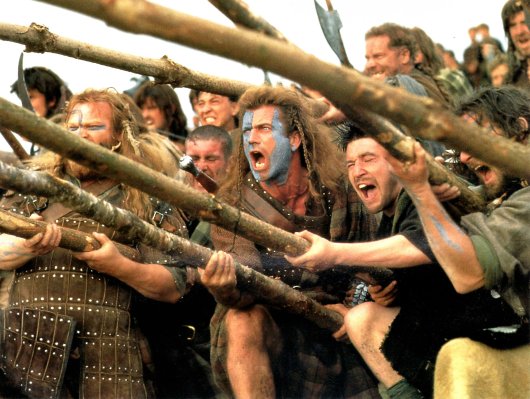 Great Scot! Top 10 Movies About Scotland
Next Up: Editor's Pick