A fireball that broke apart in the sky above the Rocky Mountains on Sept. 2 was not a meteor, as witnesses first believed. It was likely a Russian spy satellite.

What was originally described as three “rocks” glowing red and orange as they moved slowly northward across the night sky between New Mexico and Montana was in fact Russia’s Cosmos 2495 reconnaissance satellite, experts told the Associated Press. A meteor would have burned too rapidly and couldn’t have been seen over such a wide swath of the United States, said the American Meteor Society’s operations manager Mike Hankey. The fragments were big enough to be registered as a weather event on radar near Cheyenne.

The Russian Defense Ministry appeared to deny that its satellite had burned up in the atmosphere, with a spokesman saying its military satellites are operating normally. “One can only guess about the condition representatives of the so-called American Meteor Society were in when they identified a luminescent phenomenon high up in the sky as a Russian military satellite,” said the spokesman, Igor Konashenkov. 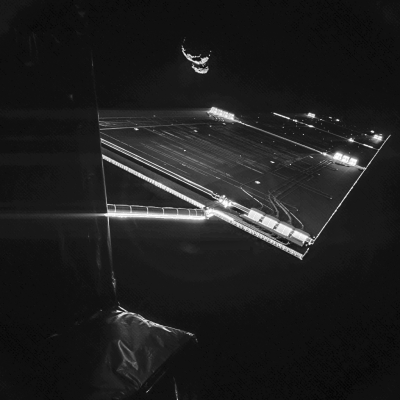