Here's How Much Money the World Has Spent Battling Ebola

A Liberian burial team wearing protective clothing retrieves the body of a 60-year-old Ebola victim from his home on Aug. 17, 2014 near Monrovia.
John Moore&mdash;Getty Images
By Jack Linshi

The World Health Organization said Tuesday that nearly $1 billion will be required to fight Ebola, but less than one-fifth of that amount has actually been funded.

As of Wednesday, roughly $155 million has so far been delivered, with funds coming from countries, global agencies, private companies, individuals and other entities, according to data collected by the Financial Tracking Service (FTS), which records all reported international humanitarian aid.

According to FTS’s most recent data, another $183.5 million has been pledged — meaning the donations have been promised but not yet delivered — and on Tuesday, the Obama Administration committed an additional $500 million. If every dollar pledged so far is delivered, $838 million will have been donated to fight the ongoing Ebola crisis.

The U.S., African Development Bank, and private individuals or organizations top the donor list, according to FTS data, while the World Bank has the highest uncommitted pledge of over $100 million. (By definition, FTS reports “funding” as the sum of payments delivered and contributions bounded by legal obligation. “Uncommitted pledges” are nonbinding announcements of an intended contribution. FTS data includes only 2014 funding and pledges. Additionally, figures include only what the FTS is able to document.)

Here’s a full breakdown of what the world has spent battling Ebola, as of Wednesday, Sept. 17.

That the actual funding to fight the Ebola outbreak lags behind its goal follows the trends of other crises and natural disaster donations logged by FTS. Historically, only two-thirds of total requirements per year were actually funded: in 2013, for example, only 65% of the total requirements of crises were met, and in 2012, that number was 62%. Here’s a look at specific crises and natural disasters, and how funding has failed to meet requirements. 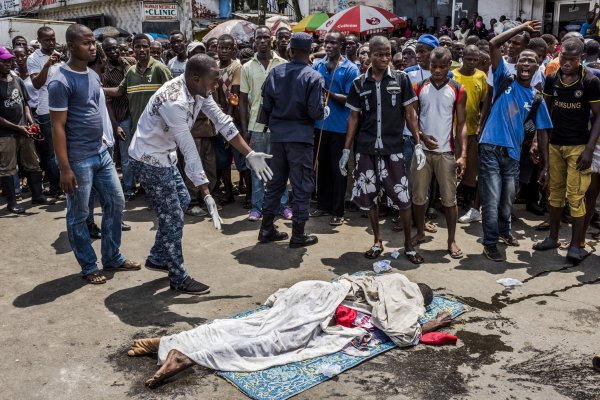 U.S. Ebola Aid Focuses on Liberia for a Reason
Next Up: Editor's Pick