Earlier this week, the New York Post reported that the NYPD had been given directives on using social media: Be funny. “Tasteful humor is good,” the Twitter handbook (yes, really) said.

So to test out its Twitter schtick, the New York Police Department’s Midtown South precinct posted a photo of an arrested woman in an Elmo outfit with the message: “Just another day in Midtown South. Elmo arrested in Times Square.”

We don’t know where exactly embarrassing someone arrested for panhandling in a sting operation falls on the “tasteful” scale, but there you go.

According to a local ABC affiliate:

There has recently been a crackdown on costumed characters asking tourists for tips in Times Square. Surely the NYPD’s Twitter stream will be keeping followers up-to-date if things with Hello Kitty get out of line. 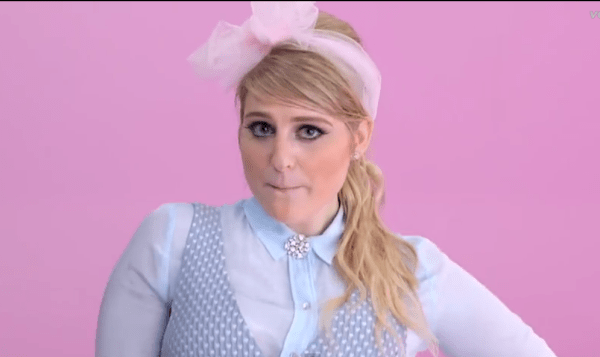 'All About That Bass' Actually Sounds Really Terrible Without Any Treble
Next Up: Editor's Pick