Here's What Reviewers Are Saying About the iPhone 6

The Apple Inc. iPhone 6, left, and iPhone 6 Plus displayed after a product announcement at Flint Center in Cupertino, California, U.S., on Tuesday, Sept. 9, 2014.
Bloomberg via Getty Images
By Fortune

Joshua Topolsky, Bloomberg: Big vs. Extremely Big. “I don’t know if you’ve heard, but there’s a new iPhone. Two, actually. The iPhone 6 and the iPhone 6 Plus. This isn’t just a regular phone release from the cats in Cupertino. With the new devices, Apple enters a market in which it has literally been unable to compete: the market for big, big devices, currently dominated by Korean giant (and Apple nemesis) Samsung Electronicsand its Galaxy S line of Android phones. According to court documents revealed earlier this year, Apple executives lamented the company’s lack of a larger phone in a marketing slideshow. “Consumers want what we don’t have,” read one slide as it showed the growth of the jumbo-phone market… Well, so much for that problem.”

Molly Wood, New York Times: With New iPhone 6 and 6 Plus, It’s What’s Inside That Counts. “After almost a week of trying the phones, it became clear that the hardware was not the best part of the package. In its quest to deliver bigger phones to a market clamoring for them, Apple has made one phone that is actually a little too small and one that’s a little too big.”

David Pogue, Yahoo: iPhone 6 Is a Thin, Sexy Phone with a Killer Camera. “The iPhone 6 and iPhone 6 Plus are absolutely terrific phones. They’re fast and powerful and well designed. There’s not a single component that hasn’t been improved. These phones are a delight to behold and to be held… You will hear — and it’s true — that Apple did not pioneer many of the iPhone 6’s big-ticket features. Other companies’ phones were first to introduce bigger phone screens; “always listening” voice commands; wireless payments; predictive keyboard words; phase-detection autofocusing; time-lapse video; optical image stabilizers; VoLTE calling; and so on. That’s right: Apple has adapted features that first appeared on Android. Just as Google has adapted many features from Apple.” 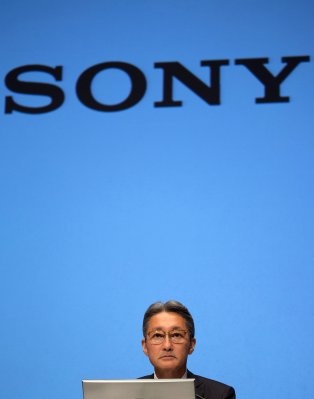 Sony’s Inability to Sell Smartphones Is Costing It Billions
Next Up: Editor's Pick