Pro-Pot Group Wants You to Stay Safe When Eating Edibles

This image is to appear on a billboard in Denver to encourage adults to consume marijuana responsibly in states where it is legal, such as Colorado on Sept. 16, 2014.
Marijuana Policy Project/AP
By Sam Frizell

Responsibly savor one marijuana-infused candy bar at a time and don’t scarf all those edibles down at once, is the mantra of a marijuana policy group that announced a new “consume responsibly” campaign Wednesday.

The Marijuana Policy Project said it is beginning an awareness campaign to encourage pot users to “go slow when consuming edible marijuana products,” which often take up to two hours to take full effect.

In a move akin to marijuana’s better-established alcohol-consuming cousins, the MPP is creating public signage to warn users to get high responsibly. A new billboard in Denver warns tourists, “Don’t let a candy bar ruin your vacation.”

With a photo of a red-haired woman, the billboard also alludes to New York Times columnist Maureen Dowd, who in June famously detailed her encounter with an edible in a Denver hotel room in which she “curled up in a hallucinatory state” for eight hours.

Dowd responded cheerfully to the billboard. “I love it,” she told BuzzFeed News in an email. “I’m going to make it my Christmas card.” Dowd added, “But some of my friends have pointed out that the hotel room looks way too tidy.”

The campaign involves print and online ads, as well as a website with information about the effects of various marijuana products.

“Honest and effective marijuana education is long overdue,” Vince Mehdizadeh, founder and senior strategist at Medbox, Inc., a company that makes marijuana dispensaries, said in a statement. “We are proud to support this historic campaign and hope other businesses and organizations will join us in spreading its important message.” 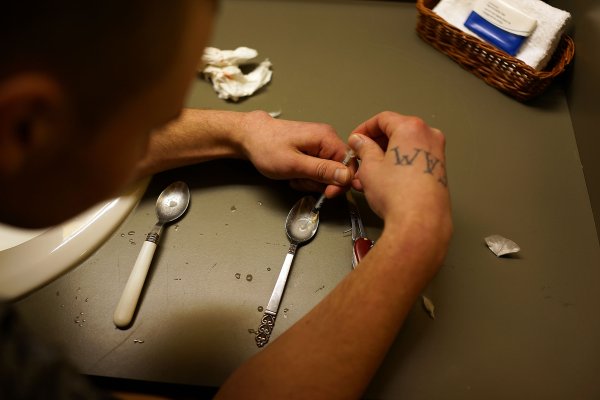 Cities Ask the Federal Government to Fight Painkiller Deaths
Next Up: Editor's Pick