Exclusive: U2 and Apple Have Another Surprise for You

U2 on the cover of TIME's Sept. 29 International edition.
TIME/Sebastian Kim
By Catherine Mayer/Cupertino and Malibu

Many, many people really, really like U2. It hasn’t always been easy to remember that fact amid the caustic—and often hilarious—responses to the band’s Sept. 9 release of Songs of Innocence. U2’s decision to team up with Apple to deliver the new album to every iTunes subscriber, unasked, raised valid questions about consumer choice and personal space in a world that routinely infringes on both. Moreover, while Apple paid U2 for the album, critics of the deal suggest this point may have been lost on iTunes customers who got it for free. If so, that messaging is certainly at odds with U2’s intentions.

As an article in the new issue of TIME reveals, Bono, Edge, Adam Clayton and Larry Mullen Jr believe so strongly that artists should be compensated for their work that they have embarked on a secret project with Apple to try to make that happen, no easy task when free-to-access music is everywhere (no) thanks to piracy and legitimate websites such as YouTube. Bono tells TIME he hopes that a new digital music format in the works will prove so irresistibly exciting to music fans that it will tempt them again into buying music—whole albums as well as individual tracks. The point isn’t just to help U2 but less well known artists and others in the industry who can’t make money, as U2 does, from live performance. “Songwriters aren’t touring people,” says Bono. “Cole Porter wouldn’t have sold T-shirts. Cole Porter wasn’t coming to a stadium near you.”

TIME has been spending time with U2 in the studio, in London and Malibu and accompanied the band to the Apple launch in Cupertino. During the days that followed the launch, the band members maintained a semblance of cheer and they had reasons to feel good. Controversial as it was, the rollout of Songs of Innocence catapulted the band’s back catalogue into the charts again. By Sept. 18 Apple said that 38 million people had accessed Songs, downloading the album or streaming it. For every scathing tweet, U2 got positive feedback from a happy fan or a new listener. The band is—rightly—proud of its latest work, yet the backlash didn’t go unnoticed. “It’s like everyone’s vomiting whatever their first impression is,” said Clayton at one point, bemused rather than self-pitying.

U2 could always have expected something of a rough ride for this, the band’s 13th studio album. For one thing, Songs was bound to be measured against earlier output, including Achtung Baby, U2’s extraordinary 1991 album which won over critics who had previously dismissed the foursome as stadium balladeers. For another, it can be hard to hear U2 through the static that its singer’s campaigning sometimes creates. In working to alleviate extreme poverty through ONE, the advocacy organization he co-founded, and to fight AIDS through his (RED) initiative, Bono has helped many to the potential detriment of a few—himself and his bandmates. His impulses may be public spirited—and they are, though Bono’s detractors prefer to burlesque his philanthropy as self aggrandizement—but hey, banging on about development economics isn’t exactly rock ’n’ roll.

In March TIME watched Bono share a podium in Dublin with German Chancellor Angela Merkel to deliver a sharp speech to delegates from the European People’s Party, the bloc of center-right parties in the European parliament. He has always tried to mobilize support for his causes from people who can deliver change, even if that creates some uncomfortable juxtapositions or, in Dublin, found him playing to a room full of conservatives in suits, who then mobbed him as he left the stage. (It bears repetition: many, many people really, really like U2.)

Edge, Clayton and Mullen aren’t always ecstatic about Bono’s extracurricular activities, but as TIME also discovered, they are fully supportive, of him and each other. Perhaps the most surprising thing about the quartet—and in lengthy and frank conversations they served up many surprises, about everything from their attitudes to money to their religious beliefs—is how much they still enjoy each other’s company.

As Bono and Edge bantered affectionately at a celebratory lunch straight after the Apple launch, the band’s old friend and former producer Jimmy Iovine, whose company Beats was acquired by Apple for $3 billion in May, observes “You wouldn’t see Mick and Keith doing that.” Jagger and Richards, in harmony on stage, discordant off stage, are more typical of rock partnerships than Bono and Edge. After years on the road and cooped up in studios, long-established bands often reach saturation point with each other. By contrast, the four schoolfriends that formed U2 in 1976 are closer than ever.

And their ambition burns just as bright. There’s more music on the way, not just an acoustic version of Songs of Innocence and bonus tracks but also a whole new album and a world tour. Plus there’s their not inconsequential plan to save the music industry, news that will doubtless draw more 140-character darts in their direction. 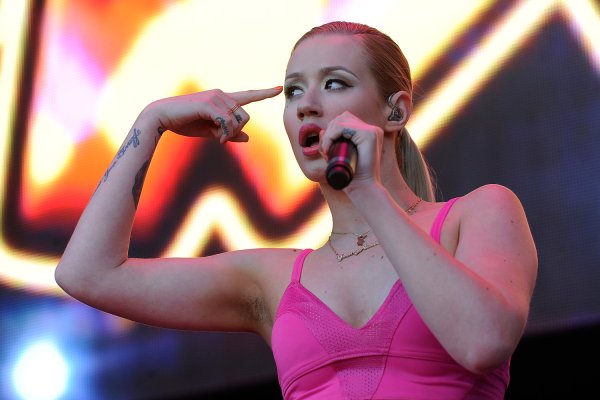