Maybe my decent credit score is proof the downy feathers of my childhood have somehow molted to reveal adult plumage patterned with W2s and check stubs and old text messages from men, but relative financial independence doesn’t make me feel like someone who’s planted her foot firmly at the adult’s table of the Thanksgiving dinner of life. As a twenty-one-year-old Southerner, I still teeter on this cusp of age-affirmed identity — full-breasted and home trained and French 75’d down, absolutely, but not yet a veteran of childhood. My mama doesn’t care what the hell FICA says, how grown I think I am. Like many black mothers might say, she could still whoop me — and that’s a promise.

Twenty-one years is a long enough time, I think, for me to be able to find that language humorous, tell myself that I now take value and wisdom from those past threats of bodily harm. Living in my own apartment, I am detached from the poking straws of the nest that nurtured me and the methods like corporal punishment that were used to prepare me to live outside of it. Spankings in my household weren’t perceived as brutalizations or assault. Neither were they administered as such. For bad behavior or disobedience, spanking was righteous judgment, swiftly executed, but the memory of the pain, not an explanation of my wrong-doing, kept me obedient.

And I wonder, in light of the news of Adrian Peterson beating his son so badly that even the child’s testicles were bruised, whether or not the pride that accompanies Southerners when it comes to withstanding beatings as children, this conviction that we are all somehow better people because of it, is rooted in some puerile sense of belonging, as if children must be hazed into their Southern identity in order to truly respect some arbitrary societal order. The pictures of Peterson’s son make one wince, and the dismissal of his obvious abuse by those of us who claim that our regional background makes us experts in the social growth of children is troublesome.

Because I understand parents who choose corporal punishment as a means of training their children and that that choice isn’t always a malicious one, though I might wince in regional camaraderie with other Southerners as we recall selecting our own switches, what I remember most looking at Adrian Peterson’s son is the humiliation of being hit. The pain is intense, but your sore ass heals, eventually; the confusion at being physically punished sans communication from people who might not be equipped with the tools to communicate their reasons for hitting you in the first place lingers. I don’t remember being a little girl who sometimes did bad things that were met with matching punishments by authority figures — my recollection of those times only yank forward misery, with fear of asking questions and fighting back because I wasn’t grown enough to do so.

So, at 21, I’m not grown enough now to know what’s best for those who navigate the landscape for raising children in a constantly socially-shifting world. Maybe I, like Charles Barkley claims, will swell the ranks of Southern black parents who whip their kids if I’m ever a mother myself, but hopefully with critical self-examination and that past shame in mind, I can figure out for myself if it’s actually worth it.

Sierra Mannie is a senior majoring in Classics and English at the University of Mississippi. She is a regular contributor to the school’s student newspaper, The Daily Mississippian, and her writing has previously appeared on TIME.com. 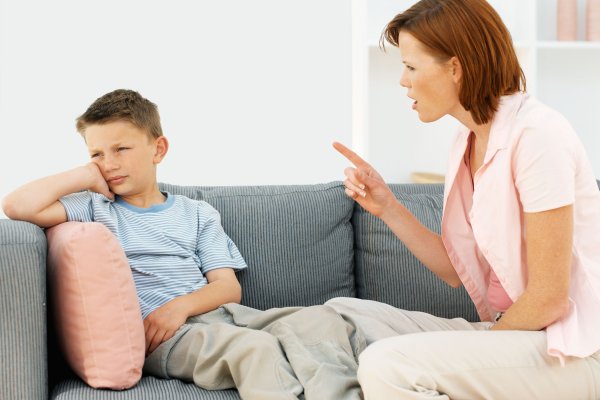 Spanking Can Be an Appropriate Form of Child Discipline
Next Up: Editor's Pick