The Deadliest Football Seasons on Record

The Notre Dame Fighting Irish run on the field during a game circa 1931 at the Notre Dame Stadium in South Bend, Ind.
Collegiate Images / Getty Images
By Lily Rothman

In the new issue of TIME, Sean Gregory looks at the risk of brain injury that accompany playing football. It’s a harrowing tale focused on the death of a high-school player.

That risk is a problem that has lurked on the football field since the end of the nineteenth century. “Football killed 40 boys and young men during the 1931 season,” TIME reported in the Dec. 14, 1931, issue. “To approximate that record of deaths it is necessary to go back to 1905 when more than a score of players died and President Roosevelt stopped the roughness of play.” The article continued:

With more than a century of football played throughout the United States, it’s difficult to determine exactly how many deaths are related to the game each year. Early seasons, like the legendarily tough 1909 year, have their high injury counts blamed on lack of protective equipment — but prior to 1931, and especially prior to that 1905 year when Teddy Roosevelt intervened to make the sport safer, it’s hard to find any numbers at all.

Starting in 1931, coaches with joined the Committee on Injuries and Fatalities of the American Football Coaches Association to track football-related injuries and fatalities. The group has issued a report every year since (with the exception of 1942), though its methods of measurement have evolved over the years. It separates direct fatalities (the result of a “traumatic blow to the body,” in the words of the 1966 report) from indirect football-related deaths (in the words of the latest report, “caused by systemic failure as a result of exertion while participating in a football activity or by a complication which was secondary to a non-fatal injury,” eg. heart failure or heat stroke), and counts players at every level from “sandlot” to professional.

From the beginning, the point of keeping track was to figure out ways to bring the numbers down. (The reports, organized by a group of people closely linked to the sport, also tend to point out how small the numbers are in terms of percentage of players.) That 1931 article, published shortly before the first fatalities report, suggested a few ideas:

Dr. Reik’s advice seems unlikely to ever be heeded, though his modern descendents are out there. Football is death for some, and a way of life for many.

Read more about the dangers of the game in this week’s issue of TIME: The Tragic Risks of American Football 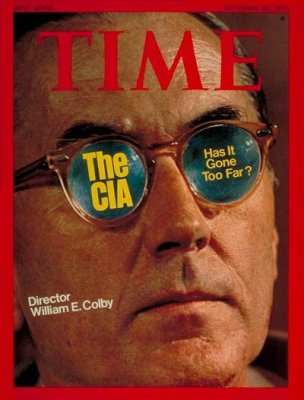 Behind the Scenes: On the Record With the CIA
Next Up: Editor's Pick