There’s no official description of Margo Roth Spiegelman’s eyebrows in John Green’s young adult favorite Paper Towns. But based on the casting announcement that 22-year-old British model Cara Delevingne will play the female lead in the film adaptation of Green’s bestseller, they’re sure to stand out when Margo comes alive onscreen. Delevingne will star alongside Nat Wolff, who also starred in Green’s The Fault In Our Stars.

Set in Orlando, Florida, Paper Towns trails Quentin Jacobsen (Wolff) as he follows clues left by his missing neighbor Margo–with whom he happens to be smitten. Green’s droves of fans are sure to speculate who will play the book’s supporting cast of quirky misfits who help round out the story. Screenwriting team Michael H. Weber and Scott Neustadter, veterans of Green’s material who also adapted Fault and The Spectacular Now, will be responsible for transferring prose to film.

Delevingne’s addition to the cast was confirmed by 20th Century Fox and Green, who took to Twitter to share the news with his millions of follows.

Jake Schreier, known for Robot and Frank, will direct the film, which is due out in 2015. The casting news comes on the same day the The Fault In Our Stars extended edition is out on DVD and BluRay, complete with a deleted scene starring Green. 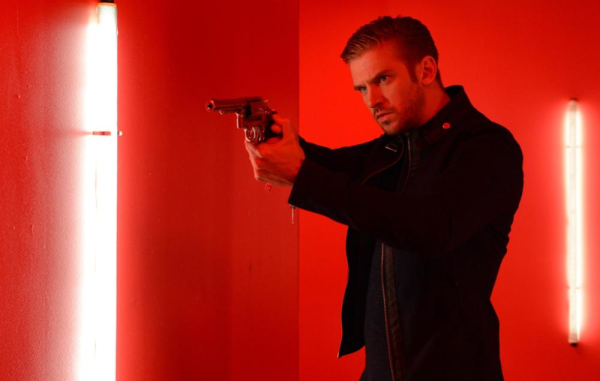 REVIEW: In 'The Guest,' Dan Stevens Goes from 'Downton Abbey' to Dirty, Deranged Harry
Next Up: Editor's Pick