U.S. Prison Population Expands For the First Time in 3 Years

The U.S. prison population grew for the first time in three years in 2013, according to a report released Tuesday by the Department of Justice, deflating hopes that a recent batch of minor reforms could put a major dent in the number of people incarcerated. Some 1,574,700 people are currently incarcerated in American prisons.

The growth marks a return to a long-term trend that stretches back to the early 1980s, when the prison population began to steadily expand year after year. That expansion continued until 2009, when the prison population peaked at 1,615,487 inmates. Subsequent declines offered signs that minor reforms, including lighter sentences for low-level offenders, might have begun to whittle away at incarceration rates.

The number of prisoners for every 100,000 Americans continued to fall, however, to 478 inmates, the lowest ratio in 10 years, showing that while the prison population may be growing once again, it still isn’t growing as quickly as the wider population.

The Department of Justice noted that the number of federal prisoners continued to fall in 2013, but those decreases were overwhelmed by a rise in the number of state prisoners. 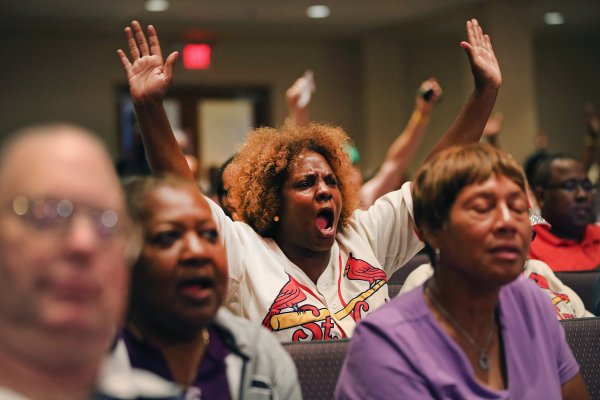 Ferguson Heats Up Again
Next Up: Editor's Pick