Tusk: The Human Walrus, the Crazy Carpenter and Hey, Isn't That Johnny Depp?

A24 Films
By Richard Corliss

The press notes for Tusk describe writer-director-editor Kevin Smith as “the fat guy who got thrown off the plane. He also made Clerks once.” That’s the whole biography, which suggests Smith’s comfort level with his renown as the jolly nerd who still lives in the basement of his fertile, fetid mind. His side jobs as comic-book savant and salesman, energetic podcaster with his friend Scott Mosier (SModcast) and genial raconteur in many media — all that, plus the notoriety of being told by Southwest Airlines that he was too fat to fly — have obscured Smith’s status as the loopiest and most engaging indie filmmaker of the 1990s. He scored mightily with three of his first four features (Clerks, Chasing Amy and Dogma), and even Mallrats misfired in the right direction.

Tusk, at least, is different. It’s a movie adaptation, not of his first movies, but of SModcast No. 259, in which he and Mosier spitballed the plot for a horror-comedy. See, these two guys — smug Wallace Bryton (Justin Long) and sweet, furry Teddy Craft (Haley Joel Osment, 15 years after The Sixth Sense) — have this podcast called the Not-See Party. In each episode, Wallace confronts some YouTube eccentric, the sort whose embarrassments show up on Tosh.0, and brings the evidence to Teddy, who has not seen it. Trekking up to Winnipeg to interview a kid who sliced off his leg in homage to Quentin Tarantino’s Kill Bill movies, Wallace finds that the boy has died of his wound. Desperate for a story, he visits the remote Manitoban enclave of one Howard Howe (Michael Parks), who promises stories of “a lifetime of adventures.”

A friendly geezer in a wheelchair, Howe has the diction of a Civil War–era orator: he quotes Tennyson (“Nature, red in tooth and claw”) and calls Wallace “a rapscallion of the highest order.” He also spins colorful recollections (pictured in black and white) of sharing the D-Day invasion with Papa Hemingway and, more pointedly, of having his life saved in the Bering Sea by a friendly walrus that Howe calls Tusk. “I think the real savage animals are the humans,” he tells Wallace. And he proves it by — no spoiler alert needed, since everyone who has heard of Tusk knows what happens next, and few people would go if they didn’t want to see it — transforming his visitor into an Odobenus rosmarus. Wallace is to be a walrus, and Howe the carpenter.

Horror movies love the distortion and recombination of body parts, as in Frankenstein, Freaks and The Fly (to name just some F titles). In pulp form, these films muse on human decay and the outrages of nature. Science wants to create the perfect man, the ideal mate; that was the goal of surgeon Antonio Banderas in Pedro Almodóvar’s The Skin I Live In, and it was as doomed to grotesque failure, to a mockery of noble intentions, as any story about a man who would play God.

(FIND: Frankenstein, Freaks and The Fly on the all-TIME Top 25 Horror Movies list)

Howe has a more modest, and more depraved, experiment: to turn a human being into an animal. Not quite like the three-person arthropod in Tom Six’s Human Centipede trilogy — just the barely-living replica of his favorite beast. He sews Wallace’s arms to his side, stuffs tusks into his cheeks and encases his subject in a welter of blubber. (Kudos to the Wallace-walrus contrived by Robert Kurtzman, whose special-effects work dates back to the original Evil Dead, Halloween and Nightmare on Elm Street franchises.) In the process, Howe makes Wallace into something he had never been: a poignant creature.

Nice as it would be to herald Tusk as a return to Smith’s bold early period, the movie has a lurching tone and an airless atmosphere. It rarely jumps to life off the screenplay page — it’s not so much lazy as insufficiently inflected. The 74-year-old Parks, nearly a half-century past his Then Came Bronson studly surliness, gives cogent readings of Howe’s literary gaseousness, and Long makes Wallace a most convincing modern A-hole who almost deserves his punishment. But their scenes together have the tentative feeling of a first take. Genesis Rodriguez, as Wallace’s abiding girlfriend Ally, gets more feeling into a single-take sobbing scene.

The other no-need-for-a-spoiler-alert Tusk nugget is the appearance by Johnny Depp as French-Canadian detective Guy Lapointe, who has long been tracking “this serial killer who brings blood and death.” (Tarantino turned down the role, so Smith had to settle for one of the biggest stars on earth.) The performance has the extravagance of some major Depp portrayals, like Ed Wood and Jack Sparrow, but during his 10 or so minutes on screen you are less likely to think, Wow, Johnny Depp is great in that role!, than, Hey, that’s Johnny Depp!

He has brought along Lily-Rose Depp, his daughter with Vanessa Paradis, for a couple of brief scenes that display her astounding seraphic beauty. May she grow into a major film artist and never be walrusized. 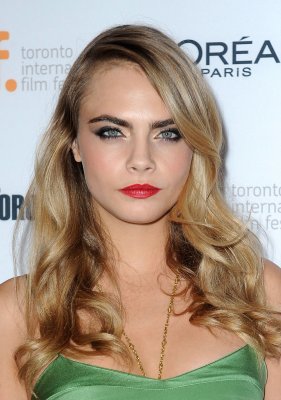