Women Don't Have to Boycott the NFL

I am a feminist who writes about feminist issues. I spent all of last week writing about NFL players Ray Rice, Ray McDonald and Adrian Peterson, all of whom have recently been or are currently being investigated over allegations of domestic violence or child abuse. When accusations surfaced that the NFL commissioner Roger Goodell and many others in the league might have systematically tried to cover up a video of Ray Rice punching his wife, I was disgusted and outraged.

And yet on Sunday, I kicked back and tuned in to football without any qualms. Am I a hypocrite?

A lot of smart journalists, columnists and sports casters say that I am. They would tell me that the NFL doesn’t care if I’m a conflicted fan, as long as it is getting my money. That only actions will bring about change because words of outrage result in lackluster press releases. That the NFL is a corrupt institution which I simply cannot support if I care about women. Keith Olbermann probably said it best when he accused all NFL fans of being “accessories after the fact.”

The truth is, America’s obsession with football was problematic long before TMZ released the Ray Rice video. From the toll it inflicts on players’ bodies and brains to the undeniable link between the violence on the field and off, there’s an excellent argument that we should all boycott football, regardless of who’s running the NFL. As Americans, we use metaphors of hope, heroism and heartbreak to justify what is essentially a bloodlust for a brutal sport. (The parallels between football and war are undeniable: former Secretary of State Condoleezza Rice, the heir apparent to the NFL commissioner spot if Goodell does step down, has reportedly compared managing the league to military strategy.)

And the NFL, perhaps more than any other sports league, thinks in terms of dollars and cents to the detriment of their players, their fans and society as a whole. It is the NFL’s avarice that has allowed team owners to applaud Goodell as he has fumbled his way through scandal after scandal because, after all, he has increased their revenue. As football-fan-turned-boycotter Steve Almond puts it in his recent book Against Football: One Fan’s Reluctant Manifesto, “At what point do we admit that the NFL’s true economic function is to channel our desire for athletic heroism into an engine of nihilistic greed?”

And yet I will still watch this evil league, and I must admit I struggled to justify that decision.

There’s the “but this isn’t happening on my team” argument. Why should the many players in the league be punished for the mistakes of the few? Whether they agree with Adrian Peterson’s parenting techniques or not, they must still take the field every week, and we as fans should be able to support them.

That argument, of course, falls apart if you’re a fan of the Baltimore Ravens (Ray Rice), Minnesota Vikings (Adrian Peterson) or San Francisco 49ers (Ray McDonald)…or really a fan of any team. The police made 84 arrests of players for domestic violence charges between 2000 and 2013, and no player received more than a one-game suspension as punishment from the league.

There’s the “let the legal system handle it” argument. As a society we create laws to govern our behavior. If the legal system works as it should, then the employees of the NFL who break laws will be investigated and brought to justice. The NFL, on the other hand, is a massive corporation (albeit a non-profit one for confounding reasons) whose interests should be economic at their core. Why would we as fans have any moral responsibility to push them to act otherwise?

But the debate here isn’t whether the prosecutor screwed up the Ray Rice case. (He did.) The debate is whether we as fans ought to hold the NFL to the most basic ethical standards. As far as I know, Roger Goodell hasn’t broken any laws, and the NFL can punish its players as it pleases. That doesn’t mean we have to blindly hand over our dollars when Goodell does something with which we disagree. Ambivalence is a cop-out. If we can refuse to buy Chris Brown tickets because he abused Rihanna or refuse to shop at Hobby Lobby because we believe women should have access to their preferred form of birth control, then we should be able to boycott the NFL. Indeed, if the NFL does only think in terms of economics, that’s all the more reason we should withhold our dollars to pressure them to change.

Then there’s the “my vote doesn’t count” argument. Realistically, there are never going to be enough people boycotting the NFL to make even a dent in their revenue. So why bother?

If everyone thought this way about voting in elections nobody would vote. That said, this argument does have some merit: die-hard football fans aren’t going to budge, and I’m betting ardent feminists don’t make up too much of the NFL’s viewership. But let’s be honest, despite what I said earlier about hitting the NFL where it hurts the most—their wallets—nothing will ever stop the cash flow. If you feel strongly about women’s rights and have a platform from which to express your views (say, a Twitter account) then you can make a difference at least in your circle of friends and contacts by forcing them to think about the debate. “I’m just one person” is not an excuse morally, even if it is one practically.

So how am I reconciling my beliefs and practices?

Boycotting the NFL is simply not the best way to change its behavior. In a great video about why she is not boycotting the NFL, Fox Sports’ Katie Nolan says that boycotting would “just remove critical thinkers from the conversation.” Nolan advocates for change within the system. In her case, that means more women getting more robust roles in sports media. For those without media credentials, that means lobbying hard until Roger Goodell is forced to step down.

But where does that leave the average fan? It turns out in 2014, we’re much more powerful than ever before thanks to social media. Ten years ago, the Ray Rice story might have come and gone in days. But the Ray Rice video spread like wildfire thanks to Facebook, and Twitter campaigns like #FireGoodell have kept the scandal at the forefront as the season has begun. It was only under pressure from fans that the NFL suspended Rice indefinitely. Similar fan outrage forced the Vikings to reverse course this morning and announce that Peterson would be suspended from all team activities while the investigation of child abuse continues. It was after Twitter users pointed out that the whole abuse-victim-Rihanna-singing-before-the-Ravens-game ploy was not such a great idea that CBS pulled her song in favor of coverage of the Ray Rice scandal. And hopefully more change is still to come: Active social media users are contacting NFL sponsors (Cover Girl, Bud Light and Gatorade to name a few) to demand they pressure the NFL into reform.

Women make up 45 percent of the NFL’s fan base. So if even just a small fraction of those women and some men tell the NFL that tolerating domestic violence is unacceptable through social media, writing to their congressmen or contacting sponsors, the NFL will hear them. Tune out if you want to. But the real solution is to scream at the top of your lungs. 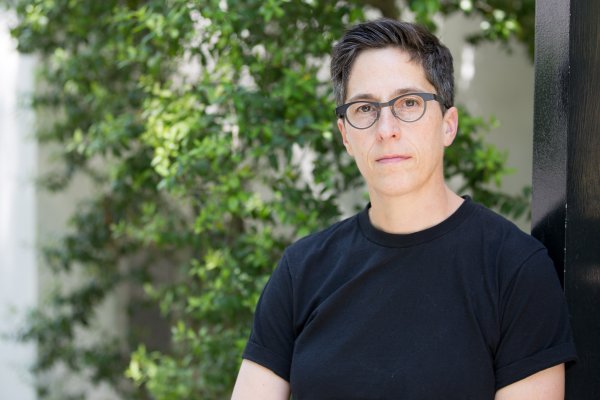