The chairman of the Joint Chiefs of Staff testified before a Congressional panel on Tuesday that he would recommend a deployment of ground troops in the campaign against the Islamic State of Iraq and Greater Syria (ISIS) should the current strategy involving airstrikes and logistical support fail to wrest the organization’s control over strategic assets in Iraq.

Army Gen. Martin Dempsey said in a Tuesday hearing before the Senate Armed Services Committees that the current goal was to degrade ISIS’ forces by sending American advisors to help Iraqi troops on the ground. Dempsey added the involvement of those advisers could extend into the battlefield under particularly complex missions, such as the re-taking of a densely populated city like Mosul.

“To be clear, if we reach the point where I believe our advisers should accompany Iraqi troops on attacks against specific [ISIS] targets, I will recommend that to the President,” Dempsey said.

“As was clear form General Dempsey’s remarks he was referring to a hypothetical scenario in which there might be a future situation in which he might make a tactical recommendation to the President as it relates to the use of ground troops,” Earnest said.

“It is also the responsibility of the commander in chief to set out a clear policy,” Earnest added. “The President has been clear what that policy is. What he has been very specific and precise about is he will not deploy ground troops in a combat role into Iraq or Syria.”

Administration officials to date have stressed that the 1,600 U.S. military advisers currently stationed in Iraq will not be engaged in ground combat missions, a distinction lawmakers pressure-tested under questioning Tuesday. Asked if military commanders would consider sending American troops in a rescue mission to save a hypothetical downed pilot, Dempsey responded “yes and yes.” 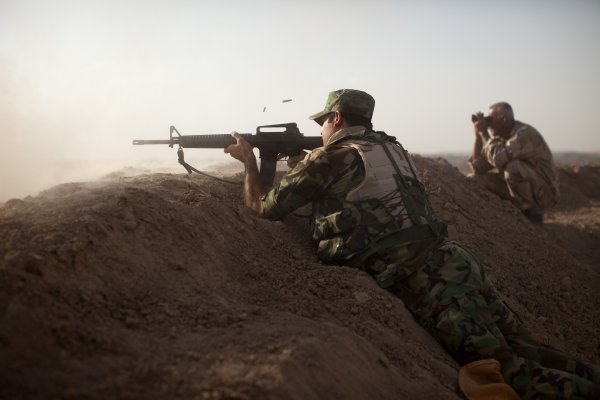 What Those 1,600 U.S. Military Advisers Are Doing in Iraq
EDIT POST