Update: After publication of this story, CBS decided to drop Rihanna’s song from the Thursday Night Football opening this week, the New York Times reports

Rihanna took to Twitter to express her outrage at the way the NFL has handled using her music since the Ray Rice incident.

CBS and the NFL decided last week to pull a segment featuring Rihanna singing “Run This Town” before Thursday Night Football. It was the first Baltimore Ravens game since team running back Ray Rice was indefinitely suspended after a video of him knocking out his now-wife leaked last Monday.

The network decided that beginning the game with a song by Rihanna—a victim of domestic violence at the hands of her ex-boyfriend Chis Brown in 2009—and a comedic segment also slated for the pre-game would be distasteful given the Ray Rice controversy. (“Run This Town” also begins with the potentially controversial lyrics, “Feel it comin’ in the air. Hear the screams from everywhere. I’m addicted to the thrill. It’s a dangerous love affair.”) Instead, the network focused exclusively on Ray Rice coverage, including a challenge to the NFL by CBS host James Brown to stop domestic violence.

But now CBS wants to bring back the segment, and Rihanna is having none of it:

Though the pop star put CBS on notice to her 37.2 million followers, it’s unclear whether she can actually keep the network from using her song this Thursday. 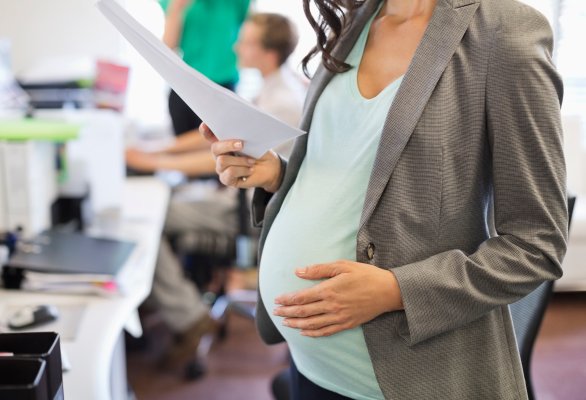 A Refreshingly Honest Take on Maternity Leave
Next Up: Editor's Pick