The Scottish Independence Debate Gets Nasty

Scotland’s independence referendum is just days away and, in some corners, the debate has turned hostile.

As Scots are preparing to head to the polls on Sept. 18 in order to answer the question “Should Scotland be an independent country?” opinion polls have been neck and neck. Pro-independence campaigners have been rallying across Scotland in support of the Yes vote. Meanwhile, pro-union campaigners and politicians — who believe that Scotland and England, Wales and Northern Ireland are “Better together,” as their campaign slogan says — have been working overtime in a last minute endeavor to get Scots to vote No and keep Scotland in the U.K.

But as tensions run high, some of the rhetoric and tactics used by either side have become hostile. On Tuesday, Labour Party’s leader Ed Miliband was forced to cut short a walkabout tour of Edinburgh, where he was attempting to campaign for Scots to stay in the U.K., after he was swarmed by pro-independence protesters the Guardian reports. As Miliband tried to give interviews, he was drowned out by hecklers who branded him a “liar” and “serial murderer.”

The evening before, politicians Danny Alexander, the Chief Secretary to the Treasury, and George Galloway, a member of Parliament for the left-wing Respect Party, appeared at a No campaign event at Glasgow’s Royal Concert Hall. During Alexander’s address to the crowd, he was harassed by hecklers, some of whom walked out. In the video below, an angry heckler can be seen shouting from the audience and eventually being removed by security:

Galloway, who also took the stage, said, “In the last 30 minutes I have been told I am going to face a bullet.” According to the Telegraph, Galloway also pleaded with the crowd: “We have got to keep the hatred and violence out of this debate.”

Of course, Galloway isn’t the first politician to note the dark tone the debate has taken. When Labour MP Jim Murphy visited Scotland in August in order to campaign for the “Better together” side, he said he was met with hostility and violence. Writing in the Spectator, Murphy said that his public appearances were marred by “[g]roups of Yes voters being organized to turn up to intimidate the No campaigners and silence undecided voters” and that he was pelted with eggs and called “a terrorist and often a pedophile too.”

Even journalists covering the referendum have noted the hostile atmosphere. Tom Bradby, the political editor for ITV, wrote in an op-ed on Tuesday:

It’s not just pro-independence supporters who have been guilty of abuse. Alex Salmond, Scotland’s First Minister and the pro-independence movement’s leader, told Sky News that he “condemn[ed] any egg throwing or any intimidation from any side,” while also pointing out that, “Somebody was convicted, of course, of online threats against me. Somebody thought his car should be a political weapon. There was a woman, a Yes campaigner, assaulted on the streets of Glasgow.”

Earlier this month, a group of pro-union men allegedly attacked a group of pro-independence campaigners outside a football ground in Edinburgh after they spied the campaigners passing out flyers. Three people were injured. And in Edinburgh on Monday, police arrested two 18-year-old men for assaulting a 48-year-old man outside a pro-independence concert at Usher Hall. The BBC reports the younger men were charged with assault and will appear in court at a later date, sometime after the referendum.

Nastiness has cropped up in other ways in the lead-up to Sept. 18: graffiti has stained public spaces, campaign posters have been vandalized and celebrities who’ve waded into the public debate — such as J.K. Rowling or David Bowie — have found themselves the targets of “cybernats,” or Yes campaign supporters who spew vitriol on social media.

All of which raises some serious questions about security on the day Scots head to the polls — and the day after when the results are announced. “We will respond appropriately to any issues which arise [on Sept. 18],” assistant chief constable Bernard Higgins, from Police Scotland, told the Herald, though he refrained from giving the exact number of officers who would be on duty. “Policing arrangements for the referendum are well in hand and will be appropriate and proportionate.”

Whether or not Scotland will gain independence will be answered once the votes are counted on Friday. But as the tension — and the hostilities — continue to mount, it seems clear that the bad blood being stirred up on both sides might have consequences that last long into Scotland’s future. 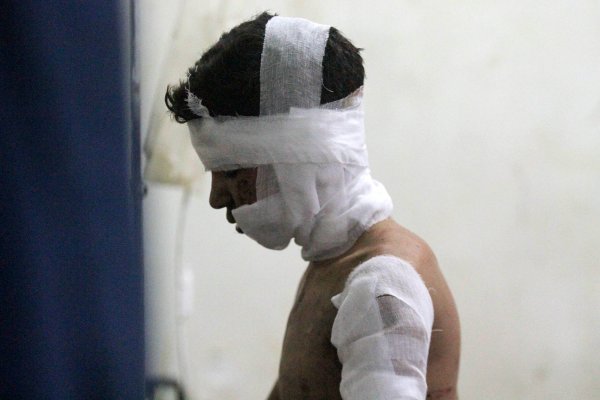