In disturbing fan videos, security personnel are seen gesturing for someone to cut the music and then rushing toward Alsina — BET’s best new artist of the year — after he tumbles into a stunned crowd.

Security brought Alsina backstage, and paramedics later loaded him into an ambulance. The singer was alert enough to wave to fans from the stretcher, TMZ says.

The reasons for the 22-year-old’s collapse, as well as his current condition, are still unknown, E! News says.

The show was the third of four concerts in Alsina’s Testimony Live tour. The last concert is scheduled for Sept. 21 in Kansas.

Just hours before his ill-fated performance, Alsina released the video for “No Love (Remix)” — a duet with rap idol Nicki Minaj. 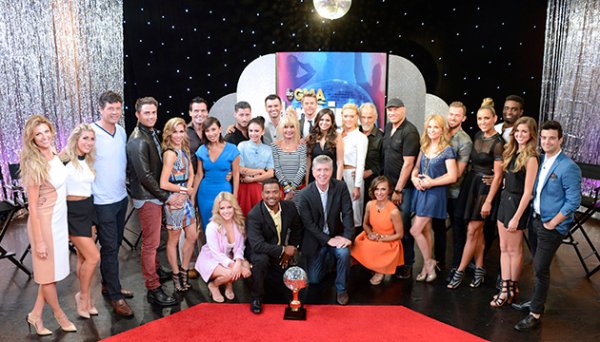 Dancing With the Stars Watch: Get the Party Started
Next Up: Editor's Pick