Sugar Is the Only Cause of Tooth Decay, Study Says

If you don’t want tooth decay, you should seriously cut back on the sugar. According to new research published in the journal BMC Public Health, sugars are the only cause of tooth decay in kids and adults.

Researchers from University College London and the London School of Hygiene & Tropical Medicine looked at public health records from around the world and found that in the U.S. especially, tooth decay–which is one of the most common non-infectious diseases in the world–from sugar was far too high. About 60 to 90% of school-age children and 92% of adults in the U.S. have experienced tooth decay. “Only 2% of people at all ages living in Nigeria had tooth decay when their diet contained almost no sugar, around 2g per day. This is in stark contrast to the USA, where 92% of adults have experienced tooth decay,” study author Aubrey Sheiham, emeritus professor of Dental Public Health at University College London, said in a statement.

A major source of sugar in Americans’ diets is that found in sodas and fruit juices, and wide availability is a problem: Researchers say that vending machines that serve unhealthy and sugar-laden foods should be removed from areas controlled or financially funded by local or central governments.

In March, the WHO released new guidelines recommending that only 5% of a person’s total daily calories should come from sugar, though they acknowledged that such a drastic cutback might not be feasible. “We should aim for 5 percent if we can,” WHO nutrition direction Dr. Francesco Brana said in a news conference, “but 10 percent is more realistic.”

Given the high prevalence of tooth decay, the researchers say we need to significantly rethink recommended sugar intake. “This means that it is now even more important to develop a radical prevention policy with a marked reduction in sugar intake since the use of fluoride on its own is insufficient to reduce substantially the burden of caries over the lifetime of individuals,” they conclude. 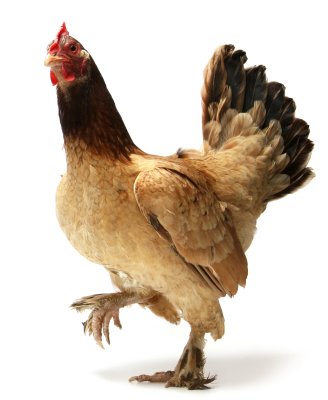 9 Most Confusing Words On Chicken Labels
Next Up: Editor's Pick