We're Not Prepared for a Nuclear Heist

In September 2009, a group of masked men armed with automatic weapons and explosives arrived on the roof of a cash depot in Vastberg, Sweden in a helicopter. The men blasted their way through a skylight and hoisted millions of dollars up to the hovering aircraft — the operation took less than 20 minutes. When police rushed to respond they discovered a bag with the word “bomb” at their heliport — a diversion planted by the thieves — and caltrops (road spikes) near the depot to slow down their response on the ground. While many of the thieves were caught after an investigation, most of the money was never recovered.

The Vastberg heist was not a nuclear event, but a new report from my colleagues at Harvard University makes the case that the incident should have deeply troubling implications for the leaders from over 50 countries convening in the Netherlands on March 24-25 for a summit on nuclear security. The stark truth is that many locations around the world that store highly enriched uranium (HEU) and plutonium — the essential ingredients of nuclear weapons — would not be able to repel an attack from adversaries using tactics and weapons as sophisticated as those used by the Vastberg thieves. An amount of plutonium that would fit in a soda can would be enough for terrorists to construct a crude nuclear bomb capable of reducing the heart of a major city to rubble (it wouldn’t require much HEU, either). Today, there are approximately 1440 tons of HEU and 500 tons of separated plutonium in hundreds of buildings in dozens of countries around the world; the theft of only .001 percent of this stockpile could lead to hundreds of thousands of deaths.

Categorizing nuclear terrorism as the gravest global security threat, President Obama convened the first biennial Nuclear Security Summit in 2010 as part of a four-year goal to secure all vulnerable nuclear materials worldwide. By elevating the issue of nuclear security to the level of presidents and prime ministers, the summit process resulted in indisputable successes. Four years later, the report by Harvard points out, many countries have strengthened their rules and procedures for securing nuclear materials, and 13 countries eliminated all the HEU or separate plutonium on their soil entirely, including, thank god, Ukraine (you really don’t want HEU hanging around in a country on the verge of war). For these and other reasons, the summits have made the world a safer place.

Nonetheless, every country that still has nuclear weapons, plutonium or HEU has more to do to ensure these items are effectively and lastingly secured — including the United States. Some facilities still require physical enhancements, such as more armed guards, physical barriers, and so on. Others have only minimal protections against insiders stealing nuclear material or sabotaging facilities. In most cases, the biggest obstacle remains security culture. All the bells, whistles and hair-trigger seismic detectors in the world won’t make a difference if security personnel are not vigilant. The Harvard report quotes Eugene Habiger, former security czar at the U.S. Department of Energy: “good security is 20% hardware and 80% culture.”

In the U.S. in 2012, an 82-year old nun and two other peace protestors broke into Y-12, a facility in Tennessee that contains the world’s largest repository of highly enriched uranium (HEU) in metal form and until the incident was colloquially known as “the Fort Knox of HEU” for its state-of-the-art security equipment. The nun bypassed multiple intrusion-detection systems because faulty cameras had not been replaced and guards at the central alarm station had grown weary of manually validating sensors that produced frequent false alarms. When the protestors started hammering on the side of a building that contains enough HEU for hundreds of weapons, the guards inside assumed the noise was coming from construction workers that they had not been told were coming. She and her fellow protestors were eventually challenged by a single guard.

An assembly of world leaders is an ideal venue for building a vigilant nuclear security regime — when it comes to culture, leadership matters. Russia and the United States — the countries with the largest stockpiles of weapons and material — bear a special responsibility for providing effective leadership at the summit. Current disagreements between the two countries in Ukraine should not prevent them from cooperating on programs that serve each country’s national interest — and nuclear security clearly fills that criterion. It is worth remembering that even at the height of the Cold War, tensions did not stop the USSR and the U.S. from cooperating to adopt the 1968 nuclear nonproliferation treaty, which remains a crucial if strained lynchpin of global security today.

Clear signals of cooperation from Russia and the United States in The Hague (or at the least, a tacit agreement not to use the summit for grandstanding or other political gain), can galvanize this crucial biennial gathering and help sustain its momentum. Leaders should take concrete steps at the summit including building and sharing a database of adversary tactics from thefts and other incidents, expanded intelligence cooperation, sharing best practices for reducing the risk of “insider” thefts, and establishing mechanisms for states to assure one another that they are providing effective security. But nothing will do more to improve global nuclear security culture than the recognition that no geopolitical dispute — not even Crimea — is more important than the goal of ensuring that the world’s most dangerous materials remain secure from even the most sophisticated attacks.

Eben Harrell (@ebenharrell) is an associate at the Project on Managing the Atom at Harvard University’s Belfer Center for Science and International Affairs. For more information, visit http://nuclearsecuritymatters.belfercenter.org. 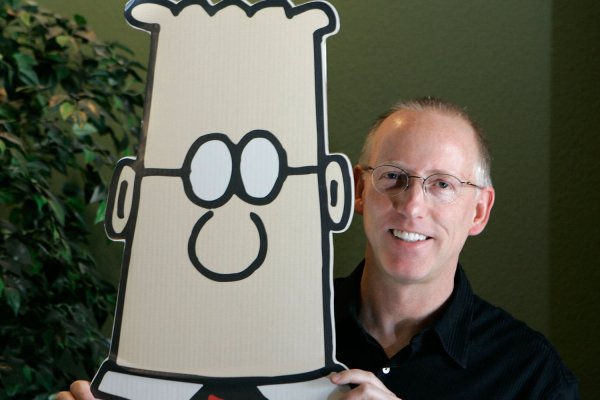 How To Fail at Almost Everything And Still Win Big
Next Up: Editor's Pick