Former police Colonel Duong Tu Trong (C) is led away from the courtroom after he was sentenced to 18 years in jail by Hanoi's People's Court on January 8, 2014.
AFP/Getty Images
By David Stout

The former chairman of an embattled Vietnamese state shipping enterprise admitted to bribing a leading member of country’s ruling communist party in order to avoid being arrested for myriad corruption charges during a high-profile trial in Hanoi yesterday.

The erstwhile Vinalines chairman Duong Chi Dung was sentenced to death last month after being convicted of embezzling millions of dollars from the beleaguered state company.

Dung infamously bolted from Vietnam last year after Vinalines defaulted on loans worth billions of dollars, which nearly bankrupted the state enterprise and tarnished the country’s economic integrity. He was later arrested in neighboring Cambodia and sent back to Vietnam where he was tried and convicted in December.

The former executive took the stand in the Hanoi on Wednesday during the trial of his brother and former police officer Duong Tu Trong who was sentenced to 18 years in prison for helping his brother flee Vietnam.

According to Dung’s testimony, Deputy Minister of Public Security and Central Committee Member Pham Quy Ngo tipped him off that he was about to be arrested by authorities.

The former chairman went on to claim that he had also provided Ngo with a half million dollars and bribed unspecified officials within the Ministry of Public Security. Ngo has since denied the allegations heaped on him by Dung, according a report in the AFP.

Following Dung’s testimony, the court announced that the state would “open legal proceedings into the case of ‘deliberately disclosing State secrets’”, according to Vietnamese media outlet Tuoi Tre.

However, the story’s high-profile treatment may also be seen as an attempt to quell smoldering resentment among ordinary Vietnamese who detest the deep-seated corruption within Vietnam’s state-owned enterprises and political establishment. Many blame corruption for the country’s recent spell of tepid economic growth.

Another curious moment occurred during the proceedings when Dung’s brother Trong arrived in the court sporting a Black Flag t-shirt. However, there was no word if the former cop is a fan of the iconic hardcore band known for their militant distaste for the police force or if the punk paraphernalia was a brazen indication of his falling out with the establishment. 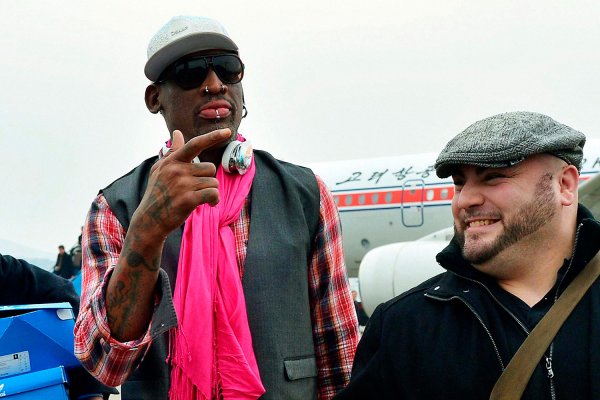 'I Had Been Drinking': Rodman Apologizes for North Korea Rant
Next Up: Editor's Pick