Net neutrality advocates mounted a large video billboard outside Federal Communications Commission headquarters Monday, on the last day for public comment on the Commission’s proposed Internet regulations. The laws, if approved, would allows Internet service providers (ISPs) like AT&T, Verizon and Comcast to create “fast lanes” that users can pay extra to access, thus violating the principle of net neutrality.

The billboard will play user-submitted videos from net neutrality rallies from major U.S. cities, along with users’ webcam appeals on why they believe net neutrality is important, according to Fight for the Future, an Internet advocacy group that worked with domain registrar Namecheap to set up the display.

The FCC’s window for input on the proposed law opened on July 15 and has since generated millions of comments. The FCC has not yet set a date to vote on new rules, and does not face a deadline, according to Bloomberg.

Recent analyses have indicated that most Internet users support net neutrality. A report by the Sunlight Foundation analyzed the public comments collected by the FCC to show that less than 1% of comments clearly opposed net neutrality. Another survey found that two-thirds of Americans are opposed to Internet “fast lanes.” 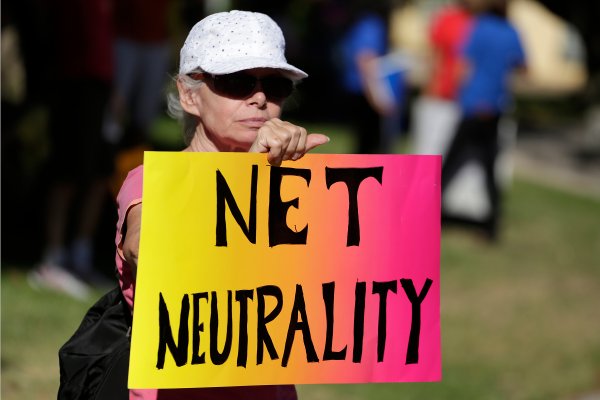