The Holy Father presided over the wedding of 20 couples Sunday in St. Peter’s Basilica. From a distance, the group seemed fairly typical: the couples ranged from ages 25 to 56 and were all from the Diocese of Rome. But the underlying storyline is far more telling: one bride was already a mother, some of the couples had already been living together, and others had previously been married.

Popes rarely preside over public marriage ceremonies, but when they do, they tend to be linked to moments when the Church is trying to make a bigger point about the place of the family in society. Pope John Paul II performed the last public marriage ceremony in 2000 as part of the Jubilee for Families, an event that focused thematically on the gift of children and the harm of abortion. Before that, in 1994, he presided over a public wedding ceremony for the International Year of the Family, proclaimed by the United Nations General Assembly.

For Francis, now is a similar moment of historical importance. In a matter of weeks, he will convene the October Extraordinary General Assembly of the Synod of Bishops, the first big-ticket item Francis put on the papal agenda when he became Pope last year. The Holy See reserves such Extraordinary Synods for moments of urgency in the Church’s life—October’s event is only the third Extraordinary Synod ever to be called since the Synod of Bishops was created in 1965—and this gathering’s topic will be “The Pastoral Challenges of the Family in the Context of Evangelization.” In other words, the event will explore how churches can show compassion in the context of modern views and practices on sexuality.

Francis has continually emphasized the importance of pastoral care in the conversation about what the Church condones and condemns. In the Francis papacy, tone, and not just content, matters. The Vatican’s official position is that remarriage can only happen if a previous marriage is annulled, meaning declared to never have truly existed. Cohabitation is frowned upon. But the document that the Vatican has circulated about the Synod indicates that Francis’ priority will be on mercy when it comes to the Church’s characteristically controversial teachings on divorce, remarriage, and cohabitation.

Sunday’s wedding ceremony is another sign that Rome is signaling a new openness to including married people who have been divorced or who have cohabitated in the church’s sacraments. Marriage itself, like communion, is a sacrament in Catholic theology, and both are a way that the faithful can experience life in community with fellow believers. Since local churches currently tend to make their own decisions about serving communion to divorced and remarried, or cohabitating Catholics, any overarching guidance from the Holy Father this October could mean significant change. Cohabiting couples cannot be denied marriage by policy in the Catholic Church, but a priest is not obliged to marry a couple, and so Pope Francis’ example of presiding over a wedding for couples who had lived together will likely encourage other priests to follow suit.

Communion for divorced and remarried Catholics is groundbreaking enough for the Synod without putting the issue of gay marriage on the table. Major change on that topic, however, is highly unlikely at the moment. Pope Francis did not preside over the weddings of any gay couples last weekend. Moreover, his homily at the wedding affirmed that marriage in the Catholic Church remains between a man and one woman. “This is what marriage is all about: man and woman walking together, wherein the husband helps his wife to become ever more a woman, and wherein the woman has the task of helping her husband to become ever more a man,” he preached. “Here we see the reciprocity of differences.”

But, by celebrating the marriages that he did, Pope Francis offered a sacramental blessing that will not go unremembered when the bishops gather in Rome next month. 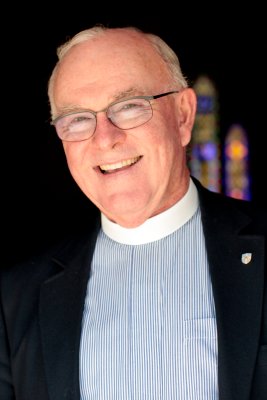 Yale Chaplain Explains Resignation After Oped About Israel and Anti-Semitism
Next Up: Editor's Pick