Seattle police have just released two previously unseen pictures from their investigation into the suicide of Kurt Cobain. While homicide detectives say their review of the case file from his death nearly 20 years ago has revealed nothing new, I’ve already taken away a good deal — in addition to an all-too-familiar sense of grief, one that first flashed through me when I heard the news on April 8, 1994. (I was sitting at my desk in a converted 1920s garage in Long Beach, Calif., ghostwriting a science fiction novel and listening to NPR. It was two months before I’d start my first real job in journalism, at the Los Angeles Times. Yes, Kurt’s death was Gen X’s Kennedy assassination.)

The images are blunt, as most crime-scene photos are. The police aren’t interested in artistry or lighting. They just want to remember exactly how things looked. In that way, the pictures themselves are highly unsentimental, but they still have the power to provoke.

We’ve seen this collection of items before, just not in such detail. They were next to Kurt’s body in a news photo taken of investigators inside the greenhouse where Cobain’s body lay. Thankfully, we could not see his head in that image, since that’s where the shotgun blast hit. Instead we just saw his right arm — which the coroner would later note had puncture wounds from needles — his faded blue jeans and what appeared to be Converse low-tops on his right foot: the prototypical grunge uniform.

So here’s what we see in the new pictures.

1. Kurt’s last smoke was an American Spirit menthol. There’s a box of them on the floor, and a fresh butt on the ground, which appears to have been recently stubbed out.

2. Kurt still wore floppy hunting hats. But this isn’t the one from the oft-seen photo shoot in which he’s wearing white sunglasses and a leopard-print jacket. The ear flaps are shorter, and the shearling lining carries through to the brim.

3. Kurt wanted people to know it was him. He left his wallet near his body. Police were likely the ones who half-slid his ID out of its slot.

5. Kurt didn’t always wear cool sunglasses. While he made those bug-eyed white sunglasses famous, he was wearing regular old black shades at the end.

6. Kurt was a junkie. A multi-millionaire could have at least used some fresh towels, but he didn’t care. He kept his rig in a Tom Moore cigar box. The contents include everything you expect from watching Drugstore Cowboy or Requiem for a Dream: blacked-up spoon, Q-tips, fresh syringes, another lighter, cotton balls black with spent smack and what appear to be rolling papers.

Cigarettes and heroin, those were Kurt’s final pleasures — not his guitar or Frances Bean. But that’s to be expected, I suppose. Look at Phil Hoffman: He was just down the street from his family, but escape was all he cared about at that point, whether he meant to end everything or not.

Seeing these pictures, I’m reminded that I haven’t really missed Kurt that much since 1994, despite the gasp of pain that just resurfaced. His death couldn’t erase his masterwork, 1991’s Nevermind, an album that was the soundtrack to a big chunk of my life — as well as a huge inspiration to the music and career I was pursuing before I got serious about making money. The albums that followed had moments of greatness, but they were never as sustained or intoxicating as they were on that collection.

Artistically, Nevermind was his ultimate hot shot. It was the high that he and his fans would chase for years but never feel again.

UPDATE (10:25 p.m.; 21 March): Now that I’ve had a few more hours to think and feel about these photographs, I’d like to amend what I wrote about not missing Kurt. I think I have missed him. In fact, I think I’m actually still mad at him for killing himself, which is why the grief still feels fresh. I understand how much his stomach hurt him and how much fame tormented him, and I know that I cannot fathom the psychic pain he likely suffered from bipolar disorder. Still, his music was so strong, so biting and so heroic that it made me angry that he gave up on the band, his family, his life.

I feel the same way about other musicians I adored who checked out early: Elliott Smith, Mark Linkous of Sparklehorse, Richie Lee of Acetone. I vaguely understand how hideously they must have been feeling, but I wish they had held on for one purely selfish reason—I wanted them to make more incredible music—and another unselfish one—I wanted them to come out the other side of depression (and/or addiction) and find something that made them happy. When Kurt died, I didn’t know anybody who had killed themselves. Now I know two people—my best friend from elementary school and a woman I once loved beyond all reason—and I have no doubt they had more good things waiting for them if they had only managed to make it through that darkest turn in the road.

What I don’t miss is late-period Nirvana, and the semi-OK things that have dribbled out of the archives since Kurt’s demise. But I do miss the potential he surrendered. I never would have wanted another Nevermind, but the world always gets brighter when an artist survives long enough to make an amazing late-career album like Lou Reed’s Magic and Loss, Bob Dylan’s Modern Times, Robert Wyatt’s Shleep or even Warren Zevon’s last blast on earth, The Wind.

Kurt’s guitar tone. Kurt’s rasp of a voice. Kurt’s vision. Kurt’s sensitivity. Kurt’s words. Kurt’s cardigan sweater. Kurt’s genius. They’re all belied by those pictures, which are grimy and miserable and sad. They are documents I’d rather forget, of a tragedy that I never will. 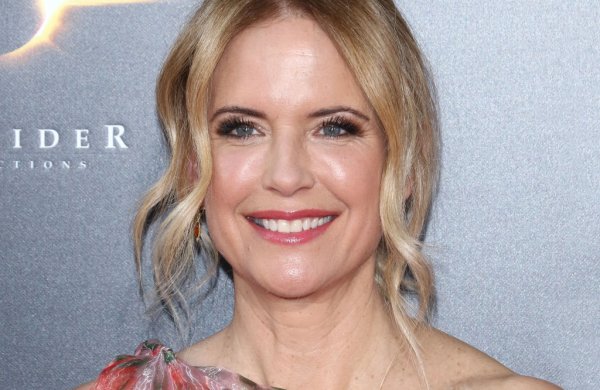