Review: The Mysteries of Laura Has It All. All Wrong.

New York City homicide cop Laura Diamond (Debra Messing) has two jobs, says the advertising for The Mysteries of Laura (Wednesdays on NBC): “Catching bad guys. Raising naughty ones.” She’s separated from her manchild husband (Josh Lucas), which leaves her mostly alone to raise two cartoonishly bratty preschool boys straight out of a Roald Dahl book. She’s a brilliant sleuth and an ace shot, yet struggles to get respect at work, where she shows up driving a car whose seats are littered with Legos and Cheddar Bunnies. This is a murder-of-the-week show, but it is blatantly, bludgeoningly concerned with a single mystery: Can you have it all?

Yes, Mysteries of Laura, you can have it all! You can be a terrible cop show and a terrible parenting show. You can be a ridiculous drama and an unfunny comedy. You can try to glom on to the legitimate problems of working mothers yet insult them, and your audience in general, in the process.

NBC only sent the pilot episode of Mysteries for review, and that’s usually not enough basis to write off a show completely–if the problems are on the level of writing, plot and execution. So to be generous, the pilot of Mysteries is bad in ordinary ways that might eventually be fixed by better scripts. The inaugural mystery is forgettable. There are stereotypes galore, as when Laura encounters an assertive black woman who lectures her parenting thus: “Nasty-ass white kids are ruining America! That’s a problem! You need to beat ‘em!” There is an uptight colleague who lectures Laura for not following “standard procedure.” And this is the sort of show that still uses the comedy-gold zinger, “Ooh, that just happened.”

That sort of thing. Weak, not exactly encouraging, but theoretically fixable. (There are also too many references to shopping at Target for a show about a Manhattan parent.) I would submit that a series of this kind–that is, a lighthearted, throwback mystery procedural that takes advantage of Messing as a comic actress–could work on a network.

But Mysteries‘ real problem is its irritating, relentlessly hammered premise: that it’s not just challenging for Laura to be both a mother and a detective, but that it’s downright staggering, even absurd. Laura is not a mom and a cop and an alien, secretly preparing the planet for colonization by her species. She’s not a mom and a cop and a hundred tiny ducks wearing a Debra Messing costume, in order to pursue their collective dream of fighting crime and raising human children. As NPR critic Linda Holmes sang, it’s simply: “She’s a cop, she’s a mom.” That’s the hook. It is the year 2014.

So during the pilot, a character finds it amusing that Laura is actually, “a middle-aged policewoman, just like Rizzoli!” (Hint to producers: the fact that this joke references Rizzoli & Isles–one of billions of cop dramas that have involved middle-aged women–is itself proof that the premise of your show is maybe not so fresh.) At another point, Laura interrogates a suspect, who sits down on a juice box one of her kids left on the chair. Because she’s a mom, dragging mom stuff into a non-mom work environment! Hilarity must needs ensue! There’s an unsettling, patronizing theme in the first episode of showing Laura solving problems at work by drawing on her mom-powers and what an earlier century would have called “women’s intuition”: solving a crime, for instance, by paying attention to mascara and jewelry. It’s not as if Laura actually catches a fleeing criminal by, I don’t know, hurling one of her kids’ freshly microwaved Hot Pockets at him. But again, I’ve only seen one episode.

I don’t doubt that Mysteries‘ makers–it’s created by Jeff Rake, based on a Spanish series, and co-producers include Greg Berlanti and McG–believe they’re making an entertaining but sincere statement about The Way We Live Now. OK. Is it challenging for parents in our society to balance childcare and full-time work? Definitely. Do women in particular get burdened with “second shift” jobs after a full day’s work? No doubt. And series from The Good Wife to Borgen to Louie treat these conflicts as part of life–emphasis on part.

But Mysteries is so insistent on treating Laura’s status, 1960s-style, as a comical absurdity that it seems less connected to the overcommitted lives of child-having TV viewers, not more. The Mysteries of Laura has all the novelty and subtlety of an Enjoli commercial. All it ends up proving is that it can shoot the bacon, fry it up in a pan–and then whack you over the head with it. 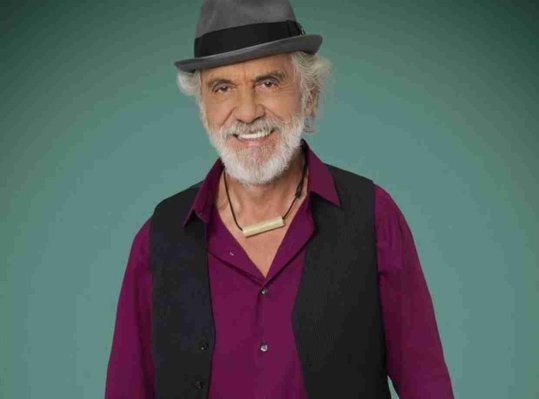 Tommy Chong: Dancing With the Stars Isn't Allowed to Show Pot Leaves or Bongs
Next Up: Editor's Pick