Why That Urban Outfitters Kent State Sweatshirt Caused an Uproar

Mary Ann Vecchio kneels by the body of a student lying face down on the campus of Kent State University, Kent, Ohio on May 4, 1970.
John Filo—AP Photo
By Lily Rothman

A sweatshirt offered for sale by Urban Outfitters on the retailer’s website caused outrage Monday as it seemed to market a bloody shirt from one of the most shocking episodes of the anti-Vietnam War movement. The sight of a faded “vintage” Kent State sweatshirt with red accents, which is no longer for sale, caused many people to notice that the marks on the fabric looked like blood. From there, the conclusion was simple: the sweatshirt seemed to be a reference to the May 4, 1970, Kent State shootings.

The resemblance was mere coincidence, the company later said, in an apology: “There is no blood on this shirt nor has this item been altered in any way. The red stains are discoloration from the original shade of the shirt and the holes are from natural wear and fray.” Urban Outfitters may not have intended to offend (even though, as a consumer psychology expert told Money this morning, controversy is good for business) and it does seem possible that nobody at the millennial-centric company even thought of — or, perhaps, had ever heard of — a protest that happened more than four decades ago.

So what exactly happened at Kent State?

“It took half a century to transform Kent State from an obscure teachers college into the second largest university in Ohio, with 21,000 students and an impressive array of modern buildings on its main campus,” TIME reported shortly after the shooting. “But it took less than ten terrifying seconds last week to convert the traditionally conformist campus into a bloodstained symbol of the rising student rebellion against the Nixon Administration and the war in Southeast Asia. When National Guardsmen fired indiscriminately into a crowd of unarmed civilians, killing four students, the bullets wounded the nation.”

On the night of May 1, as students at the Ohio university danced in the street, an unlucky driver attempted to get through the crowd. The mood in the country, amid a wave of student protests over the Vietnam War, was tense, and the confrontation over a traffic jam quickly became more serious, as students in the crowd started anti-war chants. The police used tear gas to get the students back to campus, but the conflict was still fresh when an administration-approved rally began the next day, a Saturday. The protest turned violent, and the local mayor requested help from the National Guard. On Sunday, Ohio governor James Rhodes said that the student protesters were “the worst type of people that we harbor in America” and, despite requests to close the campus, declared a state of emergency instead. When nearly 1,000 students staged a sit-in that night, it was against his order banning all protests.

Though classes started as usual on Monday, the protest ban still rankled students. Many — again, about 1,000 — assembled on campus, flaunting the ban and prompting the National Guard to respond with tear gas. Some students picked up the canisters and threw them back. To the student demonstrators, taunting the Guardsmen was a more serious game of catch. “…Delighted spectators, watching from the hilltop, windows of buildings and the roof of another men’s dorm, cheered,” TIME reported. “Many demonstrators were laughing.”

But then the tear gas ran out. The Guardsmen retreated to the top of a hill, watching the crowd. They fired.

The protest, noisy and chaotic, stopped. Four students were dead. William K. Schroeder, 19, had been a spectator. Sandra Lee Scheuer, 20, had been walking to class. Jefrrey Glenn Miller, 20, had called his mother to let her know that he felt he had to take part in the protests. Allison Krause, 19, had recently placed a flower in the rifle of a Guardsman at the protest. Ten others were wounded.

The deaths of the Kent State students inspired another wave of student protests across the country, as well as the Neil Young song “Ohio”:

Read a May 1970 report on the Kent State shootings here, in TIME’s archives: Kent State: Martyrdom that Shook the Country 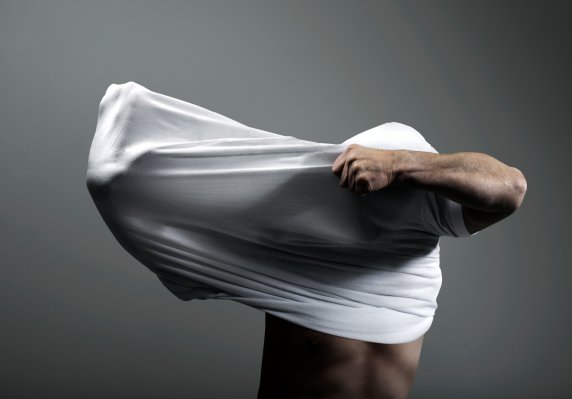 11 Ways to Get Dressed for Work Without Going Crazy
Next Up: Editor's Pick