Django Unchained actress Danièle Watts says she was detained and handcuffed by police officers near Studio City, Calif., after “showing affection, fully clothed, in a public place,” according to a Thursday Facebook post she wrote the day the incident took place.

Watts, who has also appeared in Showtime’s Weeds and FX sitcom Partners, had been kissing her partner, Brian James Lucas, when two officers approached them and asked for identification. Lucas offered his ID when asked, according to his own Facebook post about the exchange, but Watts, who was on the phone with her father and believed she had done nothing wrong, refused and was consequently handcuffed and detained in the back of a police car.

Lucas wrote in his account that, based on the questions police asked, he believes the police mistook Watts for a prostitute and contended that race was a factor (she is black, he is white). He also included a photograph of a cut he says Watts sustained from the handcuffs.

“As I was sitting in the back of the police car, I remembered the countless times my father came home frustrated or humiliated by the cops when he had done nothing wrong,” Watts wrote. “I felt his shame, his anger, and my own feelings of frustration for existing in a world where I have allowed myself to believe that “authority figures” could control my BEING… my ability to BE!!!!!!!”

California law does not require people to show identification to police if they’re simply walking down the street, according to Steve Meister, the legal analyst for CBS affiliate KCAL9. But if police do have reasonable suspicion, they are allowed to detain someone in order to identify them. The LAPD declined to comment to CBS and did not respond to requests for comment from Entertainment Weekly. 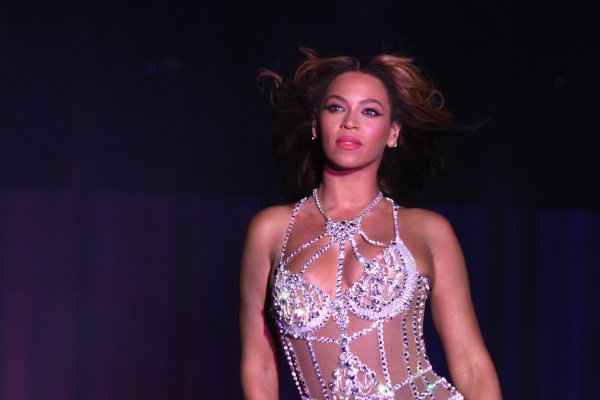 Is Beyoncé Pregnant? Jay Z Drops a Hint
Next Up: Editor's Pick