President Barack Obama, accompanied by Vice President Joe Biden, pauses while making a statement about immigration reform, in the Rose Garden of the White House in Washington on June 13, 2014.
Jacquelyn Martin—AP
By NBC News

Nearly 70% of Americans say they lack confidence that the U.S. will achieve its goals in fighting the terrorist group ISIS, according to a new NBC News/Wall Street Journal/Annenberg poll. The findings come in the wake of President Barack Obama’s national address announcing new measures to combat the Sunni militants.

Pressure is mounting on the U.S. and its allies to cripple the militants, who have waged a brutal campaign across Syria and Iraq. ISIS already has beheaded two American journalists and on Saturday released a video showing the execution of a third Westerner, British aid worker David Haines. 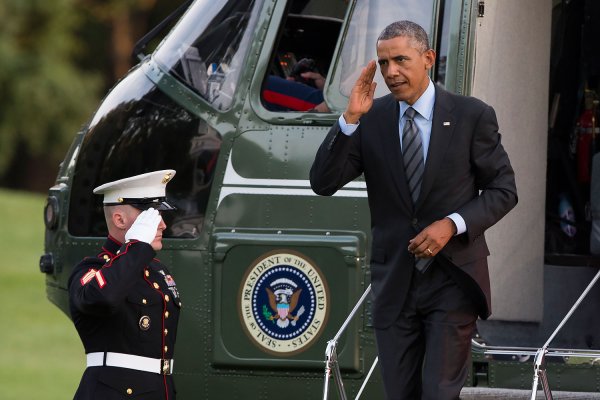 White House: Iraq War Vote Could Be Used for ISIS Strikes
Next Up: Editor's Pick