Cranky Guy: Why I Skipped the Toronto Film Festival This Year

Chiwetel Ejiofor as “Solomon Northup” in 12 Years a Slave, winner of the People's Choice Award at the 2013 Toronto Film Festival
Fox Searchlight
By Richard Corliss

The Toronto International Film Festival concludes this weekend, having shown more than 300 features, hosted many swank parties for Hollywood royalty and lured most of the U.S. movie-critic establishment. So why did I miss TIFF for the first time in more than two decades?

I could chalk it up to classic Cranky Guy. Or I could explain the sad truth–that the slate of enticing films this year was significantly lower than in previous ones.

I first visited the Toronto fest in 1979, its fourth edition, when it was known as the Festival of Festivals and had an audience of about 40,000. I happily returned to the 10-day skein nearly every year thereafter, as attendance swelled to 400,000 and it grew into the most influential film festival in North America, perhaps the world.

TIFF has something for everyone — movies from scores of countries (including a surfeit from Canada), documentaries and experimental films — but makes its major news by premiering dozens of pictures with Oscar hopes. That’s why more than a thousand U.S. critics and journalists come to the Queen City the weekend after our Labor Day.

In 1981, Chariots of Fire was the first movie shown at the Toronto fest to take the Academy Award for Best Picture. In 1999, the TIFF-Hollywood connection was fused in earnest with the event of American Beauty; its exposure there, and the critical enthusiasm it generated, was seen as a crucial element in leading a small film to six Academy statuettes.

Since then, TIFF has become TOFF: the Touting Oscar Film Festival. Recently, Toronto’s record for introducing awards gold-medalists has been spotless. The last seven winners of the Best Picture Oscar — No Country for Old Men, Slumdog Millionaire, The Hurt Locker, The King’s Speech, The Artist, Argo and 12 Years a Slave — all appeared at TIFF in the festival’s first long weekend.

In the festival’s early years I was exhilarated to gorge on the exotic fare, sometimes seeing eight features a day, and write reviews of the international buffet for TIME’s European and Asian editions. When the TIFF focus shifted to the Oscar prelims, and my reviews appeared instantly online, that was fine, too. I could see a film like The King’s Speech or Argo, and have the chance to write about both its artistic limitations and its likelihood of its winning the Best Picture Oscar. If there’s anything a reviewer enjoys more than being among the first to promote an impressive work — like The Hurt Locker, which I covered from the 2008 Venice Film Festival, just before it played Toronto — it’s being the proud contrarian.

And since the major players were usually scheduled in the first few days, I could show up in Toronto on Friday (having jetted back from the Venice festival the day before) and catch the most glittering entries before returning to New York the following Tuesday — a 10-day festival in four days.

It happens that, in the seven-year run of TIFF Oscar winners, none was a Toronto world premiere. No Country for Old Men and The Artist received their first showings at the Cannes festival, The Hurt Locker at Venice, and the other four at Telluride, a Colorado mountain town that, each Labor Day weekend, hosts about 40 new films and a slew of retrospectives. Much smaller than TIFF, but luring L.A. and New York film professionals who spread the early, eager word, Telluride has become the Sundance of Oscar hopefuls. In the process, it stole some of Toronto’s thunder as the festival scene’s undisputed Thor (the god, not the Marvel movie).

So TIFF honcho Cameron Bailey ruled that any film that had played Telluride would not be highlighted in Toronto until after the first weekend — the prime time for this festival. He gave the makers of Oscar-aiming movies a choice: Them or Us.

Telluride’s biggest catch was The Imitation Game, starring Benedict Cumberbatch as anti-Nazi codebreaker Alan Turing. The movie might have been made from The King’s Speech blueprint: an eminent Englishman with a perceived handicap (Colin Firth’s King stammered, Turing was gay when homosexual acts were criminal offenses in Britain) achieves a heroic feat in wartime. A continent away, you could almost hear the Telluride cries of “Best Actor!” (Possibly “Best Picture!”) But Toronto audiences didn’t get to see those movies until TIFF was nearly halfway through.

Another ecstatically reviewed film, Birdman, premiered at Venice and played Telluride but skipped Toronto in favor of the closing-night slot at the New York Film Festival, which begins Sep. 26. The Gotham event will also host the world premieres of two movies Toronto would surely have loved to spotlight: David Fincher’s Gone Girl, based on the Gillian Flynn best-seller and starring Ben Aflleck, and Paul Thomas Anderson’s Inherent Vice, the first feature made from a Thomas Pynchon novel.

Many of the films that did unspool on TIFF’s first weekend were previews of the upmarket but seemingly ordinary Hollywood movies opening over the next few months–three of them starring Adam Sandler and one of them, Top Five, the Chris Rock dramedy that Paramount bought for $12 million during the festival.

I may have missed some wonderful films, but nothing in their descriptions screamed Oscar.

Some journalists who did attend seconded by premature prejudice. “What it hasn’t quite done,” wrote The Wrap’s Steve Pond of the first TIFF weekend, “is deliver the kind of knockout blow it did in years past, where festival audiences have walked out of films like Argo, The King’s Speech, Slumdog Millionaire and 12 Years a Slave thinking they’d just seen the Oscar winner” — as they just had. On a Screen Talk podcast, IndieWire critic Eric Kohn said, “The Oscary conversation here is not quite what it has been…. It seems like a quieter year.” One producer said he was “still waiting for greatness.”

We may have to wait longer, since some of the year’s most avidly anticipated films — notably Christopher Nolan’s Interstellar, with Matthew McConaughey, and Angelina Jolie’s POW drama Unbroken (scripted by the Coen brothers) — did not show in any of the recent festivals. And it’s not as if 2014 so far has been short of quality films; Boyhood and The Grand Budapest Hotel are almost certain Oscar nominees. This could just be one of those years when TIFF didn’t have the monopoly on awards-buzz movies, or, for that matter, really good ones.

I don’t know for sure, since I wasn’t there. I came back from nine days at the Venice Film Festival (where the overall quality was also a little off) and, for once, didn’t hop the next Porter Airline flight to Toronto. Believe me, I’ll be pleased to be proved wrong about the TIFF entries when I catch up with them in Manhattan screening rooms over the next weeks and months. And I’ll probably be back north next year — because nearly a half-century of reviewing hasn’t left me hobbled by cynicism.

Film critics, even cranky ones, keep waiting, hoping, for greatness. 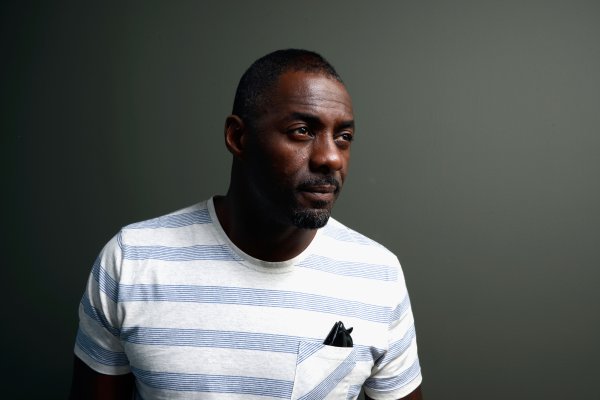 No Good Deed Goes Unpunished at Box Office
Next Up: Editor's Pick