Sony and Microsoft Are in New Kind of Break-Neck Race

It’s been a while since video game consoles were just about video games. Sony’s PlayStation 2 was initially a hot seller partially because it came equipped with a DVD player in the early days of that technology. Microsoft’s Xbox 360 and the PlayStation 3 offered a wide range of distractions besides games thanks to digital stores for movies and native apps for services such as Netflix and HBO Go. The next step in the transformation of the game console into an entertainment center? Original TV shows made exclusively for your Xbox or PlayStation.

Both Sony and Microsoft are prepping original programming for their newly launched PlayStation 4 and Xbox One consoles. On Wednesday Sony revealed that it is developing an hour-long supernatural drama series called “Powers” that will air on the PlayStation Network, the service that PS3 and PS4 owners use to play games online and stream video content. That’s in addition to the Internet-based TV service Sony has planned that will feature live programming from cable networks. The company didn’t disclose whether the new show would be bundled with the pay-TV service but cast them as independent initiatives.

Sony is actually playing catch-up to Microsoft, though. The software giant launched Xbox Entertainment Studios in 2012, a production outfit helmed by former CBS executive Nancy Tellem that will make television-like programming for the console. The marquee project is a live-action series based on the popular Halo video game franchise that will be produced by Steven Spielberg. Other shows in the works include a documentary about the video game industry crash of 1983, a reality series about urban soccer leagues and a show based on the life of rapper Nas, according to Deadline.

For these tech giants, expanding consoles’ functionality beyond video games is a necessity in a world of multi-purpose devices. Gadgets that serve a single purpose (like Nintendo’s poorly performing Wii U console, for instance) no longer appeal as much to consumers, says Brian Blau, research director in consumer technologies at Gartner. “They have to show value in many different arenas,” he says.

Even without original shows, consoles have already proven formidable entertainment hubs. Microsoft revealed years ago that gamers spend more time streaming video content like Netflix and ESPN than playing Xbox games online. Ten percent of all digital movie rentals and purchases were made through Xbox consoles in 2013, according to research firm IHS Screen Digest. The PS3 has also been successful beyond gaming, with its users spending 17 million hours per week using entertainment apps on the console. It’s the most popular device for streaming Netflix to the TV, at times even eclipsing Netflix usage on the PC. “The game consoles have both been significant players in the rise of [Internet-based] video consumption,” says Dan Cryan, the research director for digital media at IHS Screen Digest.

Strong original content will only heighten the appeal of the consoles to casual gamers seeking a versatile entertainment device. Though the shows announced so far skew heavily toward the young male demographic typically associated with PlayStation and Xbox, Blau predicts the companies will craft content with a wider appeal as their consoles hit cheaper price points. “They really want to bring in a wider portion of the family in front of the television and even get some of the non-gamers in the family to pick up the controller,” he says.

Still, it’s not clear whether Microsoft and Sony will be able to craft shows that can compete with the glut of online video content coming from the likes of Netflix, Hulu, Amazon and Google. Sony already has huge production studios that have made hit TV shows like Breaking Bad. But analysts say the company has had trouble creating synergy between its Hollywood studios and its consumer electronics divisions in the past. Microsoft has little background in television, but neither did Netflix before it spent hundreds of millions of dollars to commission critical hits like House of Cards and Orange Is the New Black. Microsoft strong-armed its way into the gaming industry by buying up talent and racking up huge monetary losses—it could do the same to establish itself as a player in television content.

Even as the giants of gaming are expanding to video, though, other tech companies are eyeing their video game turf. Amazon acquired the game developer Double Helix in February, perhaps to provide content for the company’s upcoming set-top box. Rumors persist that Apple is prepping a new Apple TV device that will include an app store for video games, and last year the Wall Street Journal reported that Google was developing a video game console running on its Android operating system.

The basic functionality of living room gadgets from all tech companies is likely to look increasingly similar in the coming years. That will heighten the importance of exclusive content—be it a hit video game or a popular television show—to stand out from the crowd. “These devices are now acting as effectively entry points for a smorgasbord of entertainment,” Cryan says. “The more value you add to that, the more people will use them and the more appealing they become.” 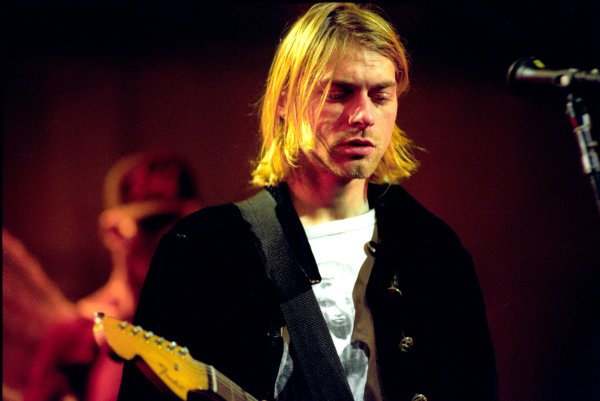