7 Reasons to Have More Sex

If you really need an excuse (or several) to heat things up in the bedroom, we’ve got you covered: Besides the obvious reasons one might have sex—love, pleasure, baby-making—science shows that there are quite a few health benefits of getting intimate. The next time your partner asks, “Was it good for you?” you can say yes—in more ways than one!

Yes, knocking boots counts as exercise—and it sure beats the gym! Depending on how physical you get, sex can strengthen muscle tone, increase your heart rate, and get your whole body working, says Justin Lehmiller, PhD, creator of lecturer in the department of psychology at Purdue University and author of The Psychology of Human Sexuality. And according to a 2013 study in which volunteers wore activity trackers while they did the deed, men burn about 101 calories per session, while women torch an average of 69. “Relatively speaking, that’s not a huge amount,” says Lehmiller. He points out, however, that sex in the study (from foreplay to orgasm) lasted an average of 25 minutes. “If you have sex for a longer period of time, you can have even more of those calorie-burning benefits.”

Health.com: 10 Reasons You’re Not Having Sex

After orgasm, the body releases a relaxation hormone called prolactin, says Kristin Mark, PhD, director of the Sexual Health Promotion Lab at the University of Kentucky. “If you’re not feeling particularly tired beforehand, having sex and reaching orgasm may certainly help you nod off a little more quickly than you would have otherwise.”

Regular sex may benefit the cardiovascular system in other ways. A British study found that men who had sex at least twice a week over a period of 20 years were less likely to have died from heart disease than those who got it on less than once a month. After 10 years, in fact, their risk of sudden death was 50% less than that of the group that had less sex, although that gap lessened over the next decade.

These sorts of findings only show a correlation, not causation, says Mark. “People who have healthy sex lives probably have overall healthy lifestyles.” Even so, she suspects there may be a connection: “Sex helps regulate hormones like estrogen and testosterone,” she says, “which impacts all kinds of systems in the body, including the heart.”

Sex may protect against cancer

Some studies have suggested that men who ejaculate more frequently may have a reduced risk of prostate cancer—although the difference appears to be very small, and others haven’t found a conclusive link.

The benefits may be clearer for breast cancer prevention, however: A French study found that women who had sex at least once a month were less likely to develop breast cancer than those who didn’t. And while the disease is rare in men, those who orgasm less than six times a month appear to be at increased risk of breast cancer compared to those who do so more often, according to a Greek study.

Getting busy on a weekly basis stimulates the immune system and provides protection from the common cold, according to a Wilkes University study. Researchers gave college students questionnaires about their sex lives, then tested their saliva for levels of immunoglobulin A (IgA), an antibody that helps fight off viruses. They found that the students who had sex once or twice a week had 30% more IgA than those who had sex less frequently. (They also, however, had higher IgA levels than those who had sex three times a week or more, suggesting that in this case, maybe you can get too much of a good thing.)

Women often opt out because of headaches, or so the cliché goes—but, according to a 2013 German study, having sex may actually help them feel better. When study volunteers chose to have sex during a headache episode, about 60% of migraine sufferers and 30% of cluster headache sufferers reported partial or total relief.

Endorphins released during orgasm, as well as increased blood flow to the genital area, likely play a role in sex’s pain-relieving power, says Mark. “Pain sometimes has to do with blood flowing to one particular area, like the head, and sex can take some of that pressure off by redirecting the flow.”

13 Reasons to Have More Sex originally appeared on Health.com. 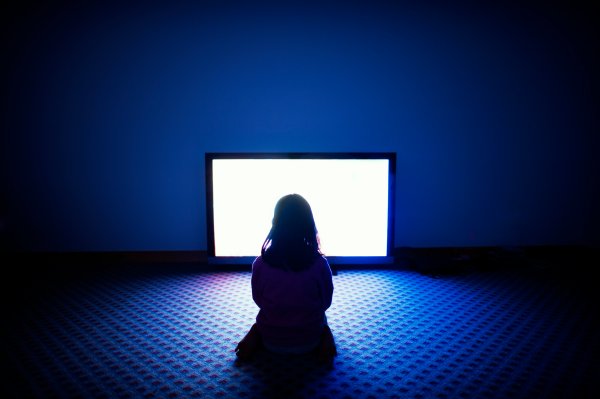 The Best Movies For Getting Over Your Ex
Next Up: Editor's Pick