Review: Tove Lo Is Far From Sunny on Queen of the Clouds

You many not know 26-year-old Tove Lo by name, but you’ve probably heard her voice: “Habits (Stay High),” the debut single from the Swedish singer-songwriter, is currently climbing the upper reaches of the Billboard Hot 100, nearly 18 months after its initial release back in March 2013. If “Habits” has had a slow burn, it’s nonetheless earned its spot on radio: the song is a hazy paean to post-breakup debauchery that sounds like nothing else in the mainstream. (Except maybe her fellow Scandic siren Robyn — if Robyn were addicted to cough syrup.) “Habits” sets the tone for Lo’s timely first album Queen of the Clouds (out Sept. 30 on Island Records), which announces her arrival as pop’s messiest, most winsomely addled diva. Assisted by throbbing, gloomy production, Lo uses her little-girl voice to wonderfully discordant effect on electropop anthems about heartbreak and headaches — the kind that follow a night of reckless partying.

But make no mistake: there’s a razorlike precision to these songs that belies her rough-around-the-edges persona. Lo (real name: Tove Nilsson) is an acolyte of super-producers Max Martin and Shellback, who have helped helm singles for superstars like Britney Spears, Katy Perry and Taylor Swift, and it shows in her songcraft. Clouds is roughly divided into three parts — The Sex, The Love and The Pain — although that conceit doesn’t totally stand up, as most of the songs touch all three. The tracks all have a satisfying stomp and crash, but it’s her lyrics that shine brightest, trading in pop clichés but flipping them in the same breath.

Lo can be vulgar, as on the lusty “Talking Body,” which sets a scabrous singalong hook against some of Shellback’s irresistibly catchy production, but that sexiness is shot through with frustration; she owns her desire, full-throttle. “Moments,” meanwhile, is ostensibly a love song, though it works on tongue-in-cheek self-deprecation: “I might get a little drunk… but on good days I am charming as f–k,” she sings. And for all her self-medicating tendencies, she easily turns plaintive: “I’m not on drugs, I’m just in love,” she insists on “Not On Drugs.” Best of all is the madcap stampede “Timebomb,” with talky lyrics and a chorus that explodes like a confetti cannon. (No surprise that it claims Klas Ahlund as a co-writer, since he had a hand in Robyn’s heartbreaking “Be Mine!”, a song with similar happy-sad tones.)

In a year where pop has been pretty toothless, Lo has a sharp bite — and the hooks are commercial enough to give her a fighting chance at stateside stardom. Taken all at once, Queen of the Clouds packs an unusually heady buzz. 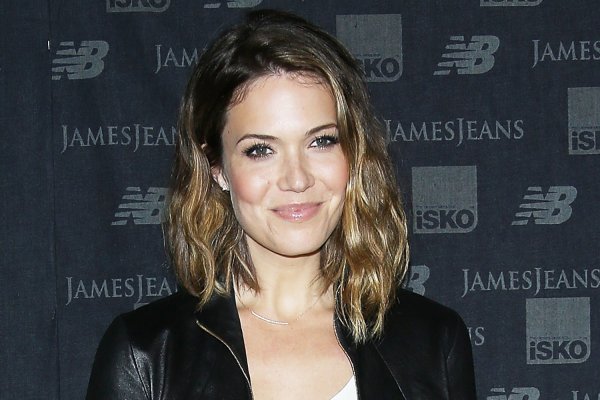 Mandy Moore to Play a Doctor on Red Band Society
Next Up: Editor's Pick