Top Obama Officials Disagree Over Whether U.S. At War With ISIS

US Secretary of State John Kerry looks out over Baghdad from a helicopter on Sept. 10, 2014.
Brendan Smialowski—AFP/Getty Images
By Zeke J Miller

Top Obama Administration officials have publicly given conflicting accounts in recent days over a fundamental question of the new U.S. military campaign against the Islamic State of Iraq and Greater Syria: Is the nation at war?

With 158 airstrikes carried out on ISIS targets and more than 1,600 troops deployed to Iraq in various capacities, Secretary of State John Kerry told ABC News Thursday that the nation was not in fact at war with the militant group, which has seized vast territory in Syria and Iraq. “No. Look, we’re engaged in a counterterrorism operation of a significant order,” Kerry said. “And counterterrorism operations can take a long time, they go on. I think ‘war’ is the wrong reference term with respect to that, but obviously it involves kinetic military action.” National Security Advisor Susan Rice weighed in Thursday to CNN that “I think, frankly, this is a counterterrorism operation that will take time.”

But by Friday afternoon, the White House and the Pentagon were reversing course. “Make no mistake, we know we are at war with [ISIS], in the same way we are at war, and continue to be at war, with al-Qaeda and its affiliates,” Pentagon Press Secretary Rear Admiral John Kirby said, referencing a long-term, largely-airborne campaign against the terrorist group.

Only Congress can formally declare war under the U.S. Constitution. The White House said Obama is now relying on the 2001 post-9/11 Authorization for the Use of Military Force against al Qaeda as a Congressional justification for the campaign against ISIS.

It was far from the first mixed message sent by the administration in the months-long conflict. Last month Obama suggested he had “no strategy” for dealing with ISIS in Syria. Later Obama suggested ISIS could be contained to become “a manageable problem” in the region. Finally, as he reiterated to the nation on Wednesday night, Obama promised to “degrade and ultimately destroy” the militant group, but he did not describe the metrics that would be used to know when either of those goals were achieved.

The confusing language has drawn fire from Republicans and puzzling looks from Democrats, but hasn’t yet undermined the emerging broad-based support among the American people for the airstrikes. 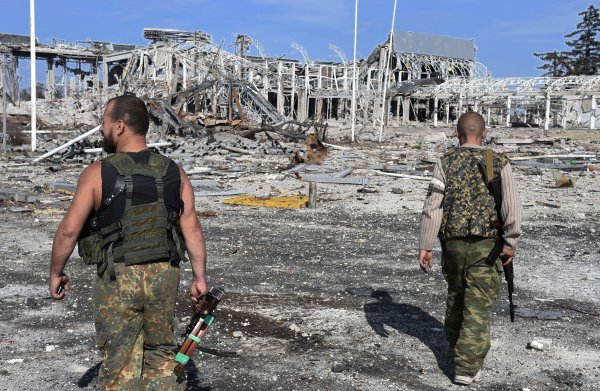