The United States is imposing harsh new sanctions on Russian energy and defense firms, the Treasury Department announced Friday, in response to American confirmation that Russian forces have fought alongside Ukrainian separatists.

The new sanctions restrict exports of American goods, services and technology to Russian’s largest oil companies for the purposes of tapping vast, but hard-to-reach energy reserves in Russia. Among the Russian companies affected by the sanction are state-owned Gazprom and Lukoil, the largest and second-largest energy companies in Russia.

“Today’s step, which complements Commerce Department restrictions and is similar to new EU measures published today, will impede Russia’s ability to develop so-called frontier or unconventional oil resources, areas in which Russian firms are heavily dependent on U.S. and western technology,” the Treasury Department said. “While these sanctions do not target or interfere with the current supply of energy from Russia or prevent Russian companies from selling oil and gas to any country, they make it difficult for Russia to develop long-term, technically challenging future projects.”

The new sanctions also block the assets of five Russian defense firms, particularly those focused on developing anti-aircraft systems, as well as limiting financial transactions with Russia’s largest bank, Sberbank of Russia. Existing contracts between U.S. companies and Russian sanctioned firms must be wound down with 14 days, according to officials.

The sanctions follow last week’s cease-fire reached between pro-Russian separatists and the Ukrainian government, but President Barack Obama said Thursday that “we have yet to see conclusive evidence that Russia has ceased its efforts to destabilize Ukraine.”

“If Russia fully implements its commitments, these sanctions can be rolled back,” Obama said in a statement. “If, instead, Russia continues its aggressive actions and violations of international law, the costs will continue to rise.” A senior administration said the sanctions would be rolled back only once the 12 points of the ceasefire are fulfilled, including the removal of all military personnel and equipment, and release of prisoners held in Russia. 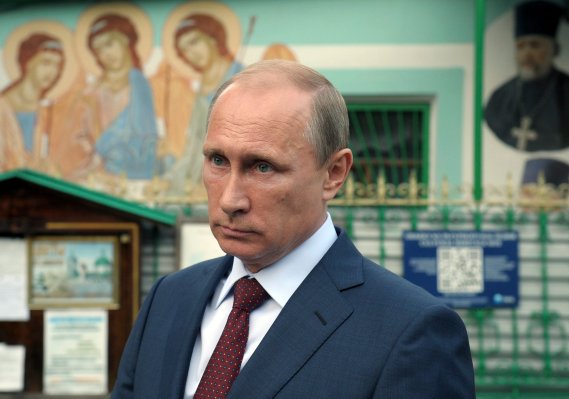 U.S. to Ratchet Up Russia Sanctions
Next Up: Editor's Pick