Watch the First Trailer for the Veronica Mars Spinoff

Veronica Mars fans were already treated to a Kickstarter-fueled movie revival this year. Now they’re getting a web series spinoff too.

The new online show, Play It Again, Dick, is kind of meta: It follows Ryan Hansen (Dick Casablancas on Mars) making a Veronica Mars spinoff. All the old favorites, including Kristen Bell (Veronica Mars) and Jason Dohring (Logan Echolls) will play both themselves and their characters on the show. The episodes will air beginning on Sept. 16 on CW’s website, CW Seed.

The new trailer for the show hilariously riffs on a recent trailer for season three of HBO’s The Newsroom, which (obnoxiously) featured no acting, just pages of the script falling out of the photocopier because perfectly worded diatribes are the real stars of an Aaron Sorkin show. The actors are just talking props.

The Play It Again, Dick trailer uses a similar ploy, but instead of lines of principled grandstanding, we see a script in which the words “this funeral is turning into a sausage fest” are written. Get excited.

Here’s The Newsroom trailer for reference: 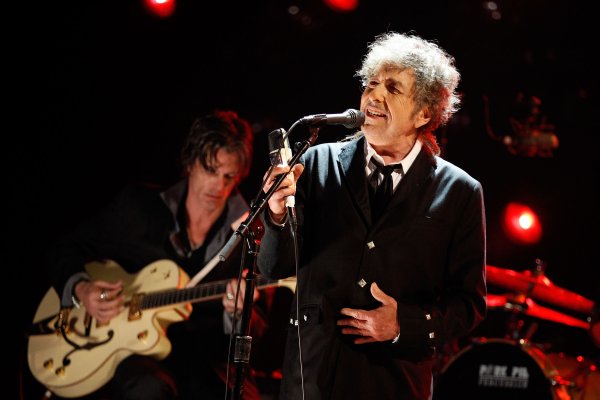 6 Things We Learned From the New Bob Dylan Tell-All
Next Up: Editor's Pick