Turkey's Erdogan Turns Off Twitter, Turns Up the Nationalism

Until Friday, Turkish President Abdullah Gul had not posted anything on his Twitter account for a solid month. But he got busy after the country’s Prime Minister took the extraordinary step of banning the site inside Turkey.

“I hope this ban will not last long,” Gul wrote. “If there is a violation of privacy on Twitter, only the related pages should be blocked. The platform is impossible to block altogether. Such a ban is also unacceptable.”

Though not nearly as pithy as Erdogan—“Twitter, mwitter!” the Prime Minister declared at the Thursday campaign rally where he announced the ban—Gul’s prompt use of a banned site said almost as much as the great torrent of outrage unleashed worldwide by Erdogan’s audacious move. Gul, after all, is the official who, while expressing reservations, signed the legislation allowing state organs to ban the internet – a move that cost him 80,000 followers at @cbabdullahgul. Widely seen as the alternative to Erdogan in the ruling Justice and Development Party, known in Turkey as AKP, Gul has tried to navigate a course within the parameters of party loyalty but still wide of the premier’s authoritarian streak.

But it may no longer be possible now that Erdogan has become Turkey’s honeybadger.

“I don’t care at all,” he said Thursday. And he may not. Earlier this week, the national election board ruled that his party’s newest ad violated Turkish law by using the national flag to solicit votes. In fact, the flag is the whole point of the ad, which features Turks clamoring to restore a massive standard cut loose by a mysterious man in a trenchcoat (the shadow of its slow descent casting kitchens and workplaces into darkness). The ban found Erdogan nonplussed. “We will ban the ban,” he declared.

Erdogan has also vowed to ban Facebook and YouTube. (“Out of the question,” Gul replied March 7.) The Prime Minister’s particular loathing for social media began last summer, when protests broke out in Istanbul over a park, and swelled into a rebellion against his autocratic tendencies. “There is now a scourge called Twitter,” Erdogan announced June 2. “This thing called social media is currently the worst menace to society.”

It’s certainly a menace to his career. Twitter is where links to audio recordings of alleged wiretaps showed up in February, apparently capturing Erdogan instructing his son to move millions in cash out of his house after hearing investigators were raiding the homes of other politicians.

The apparently devastating tapes surfaced online only after prosecutors and police involved in the investigation were fired by Erdogan’s government. The premier dismissed the most damaging as a “montage,” yet confirmed the authenticity of others. In one he is heard instructing the obsequious head of a Turkish news channel to cut short an interview with a political opponent. Erdogan also affirmed as authentic a tape telling a justice minister to keep an eye on the criminal case repeatedly brought against a media magnate Erdogan regarded as hostile.

Such is the state’s power over much of Turkey’s mainstream media, which infamously failed to cover the Istanbul protests that international news channels covered live. But the Internet is not so easily contained. As a messenger, it’s pretty much impossible to kill. Which may be why Erdogan is also wrapping himself in the flag. Polls consistently measure Turkey as just about the most nationalist country in the world.

Erdogan is circling the wagons or, rather, mustering his horde: Consider the Central Asian song that Erdogan has appropriated as his campaign theme, a martial chant from the steppes for a leader surrounded by enemies, but fiercely fighting back.

“The international community can say this, can say that,” Erdogan said as he announced the Twitter ban. “I don’t care at all. Everyone will see how powerful the Republic of Turkey is.” 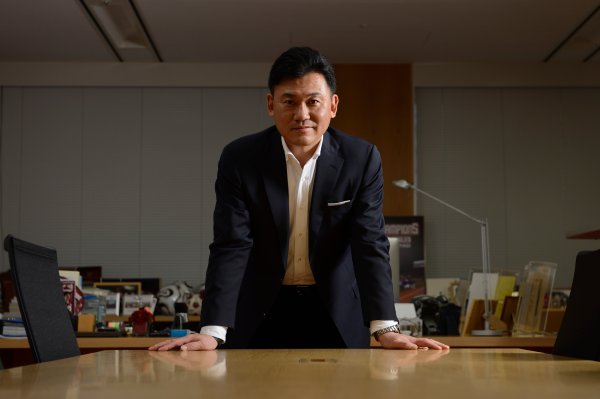