John Kerry: ISIS Action Is Not a War, It's Counter-Terrorism

Secretary of State John Kerry said Thursday that the U.S.’s mission to defeat Sunni insurgent group the Islamic State of Iraq and Greater Syria (ISIS) was not a war but a counter-terrorism operation. He was speaking in an interview on CNN.

Kerry’s comments came after President Obama addressed the nation on Wednesday, saying he would expand the U.S. air campaign against ISIS.

“We will degrade and ultimately destroy [ISIS] through a comprehensive and sustained counter-terrorism strategy,” he said.

The U.S. has launched 150 air strikes into Iraq to target ISIS, and in his Wednesday address Obama warned that he would, “not hesitate to take action against [ISIS] in Syria.”

Kerry is currently touring the Middle East to garner support for an international coalition to take on the militant Islamic extremist group.

“Now these groups must be fought … they must be rolled back and they must ultimately be defeated. That’s why Israel fully supports President Obama’s call for united action against ISIS,” he said, speaking on Israeli television.

However, Syrian President Bashar Assad’s media adviser Bouthaina Shaaban, told CNN Thursday that the Syrian government found Obama’s strategy lacking. She said his plan had “many loopholes” and warned that “we are ready to cooperate, but if any strike is done without our cooperation, we will consider it an aggression.”

The BBC reported that Russia, an ally of Assad, denounced any U.S. action in Syria without backing from the U.N.

“This step, in the absence of a U.N. Security Council decision, would be an act of aggression, a gross violation of international law,” said Russian ministry spokesperson Alexander Lukashevich.

ISIS has taken over control of vast areas Iraq and Syria. The CIA says the group has between 20,000 and 31,000 fighters, triple the agency’s original estimate, reports CNN.

“This new total reflects an increase in members because of stronger recruitment since June following battlefield successes and the declaration of a caliphate, greater battlefield activity and additional intelligence,” a CIA spokesman told CNN. 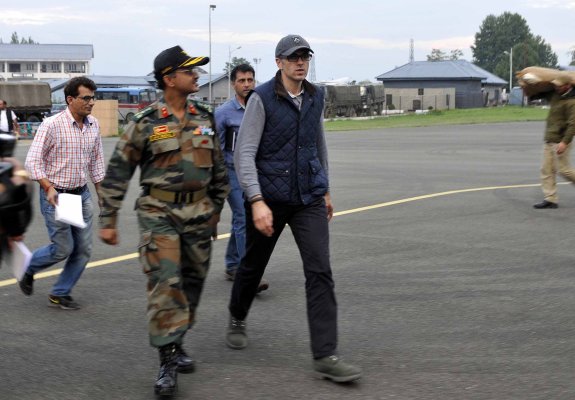