Sometimes, we all lose sight of the fight that before Drake was Drake, he was Aubrey Graham, a young actor on the Canadian teen drama series Degrassi.

Well, one Toronto resident is hoping to remind us of Drake’s roots by plastering pictures of his face on handicapped wheelchair signs around the city. (Drake, of course, played Jimmy, who was in a wheelchair after a shooting left him paralyzed from the waist down.)

Behind this trend — simply called “draking” — is journalist and blogger Lauren O’Neil. She told BuzzFeed that she and her boyfriend saw an accessibility sign on the subway recently and the idea just kind of came to them. Soon, they began “draking” all over town. “We just want to make people smile,” she said.

Man, that’s kind of a bummer. We were secretly hoping this was a viral campaign for some kind of Degrassi revival. 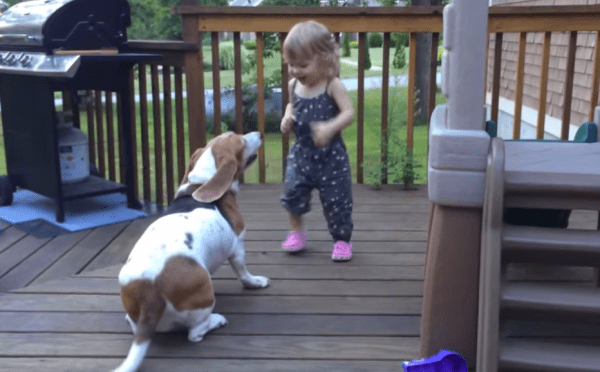 Just a Toddler and a Basset Hound Having a Spirited Outdoor Dance Party
Next Up: Editor's Pick