Elizabeth War looks over a gathering of her fellow abortion opponents in the Missouri Capitol rotunda in Jefferson City, Mo. on Sept. 10, 2014.
Jeff Roberson—AP
By Kate Pickert

The Missouri legislature voted late on Sep. 10 to override Democratic Governor Jay Nixon’s veto of the law, which requires women seeking abortions to have an in-person appointment at Missouri’s only abortion clinic, wait three days and return for the procedure itself. Abortion rights advocates say the 72-hour waiting period, which is similar to policies in Utah and South Dakota, makes accessing abortion far too arduous and intrudes into women’s personal health care decisions. Anti-abortion advocates say it gives women time to fully consider their decisions and could reduce the number of terminated pregnancies.

Reliable data on how Missouri’s new law will affect either the abortion rate or when in their pregnancies women choose to have them does not exist, but researchers have found that 24-hour waiting periods, which are law in more than 20 other states, cause women to undergo abortions later in pregnancies and travel to other states instead. This is according to an analysis of existing research compiled by the Guttmacher Institute, a research organization that supports abortion rights. In a 2009 paper, Guttmcher researchers explained that after Mississippi imposed a 24-hour waiting period in 1992, the number of abortions in the state fell 22 percent and the proportion of women who underwent abortions after 12 weeks gestation increased 17 percent. After accounting for women who traveled to other states to access abortion services, the researchers said 11 to 13 percent of women who would have had abortions did not get them due to the 24-hour waiting period law.

In addition to affecting the timing, location and rate of abortions, waiting periods also increase costs for some women who are forced to travel to clinics at least twice. In a state like Missouri, which has a single abortion clinic, some women will have to travel long distances twice or spend three or four days away from home to make time for an initial appointment, the waiting period and abortion itself. In addition to the basic travel expenses, such trips can include additional costs in the form of childcare and time off from work.

One recent study, which has not been published, examined the impact of Utah’s 72-hour waiting period. In a 2013-2014 survey of 500 women who showed up for their initial counseling visits, researchers found that when contacted three weeks later, 85 percent of women had had abortions. Of those who had not, some had miscarried, others were still seeking abortions and some decided to continue their pregnancies. The rate of women who decided against having abortions was similar to the rates in other studies of locations without waiting periods, according to the study’s lead author, Sarah Roberts, an assistant professor at the University of California, San Francisco School of Medicine.

In addition, Roberts says the study found that the average period of time between the first visit for women in Utah and the abortions was eight days, not three, due to the need to arrange logistics like lodging, transportation and childcare. She says the average additional cost imposed by Utah’s mandatory 72-hour waiting period was $40 to $50, equal to about 2.5 percent of monthly household income for women in the survey. “The costs are not insignificant,” she says, particularly for low-income women. Roberts says the Utah study also found that the three-day waiting period forced women to tell more people about their abortions, in the course of making arrangements.

As for Missouri, Roberts says it’s impossible to accurately predict what the new waiting period will mean for women in the state. But, she says,“based on our data, I would continue to expect that women would face additional financial costs. Making arrangements to go back would probably force women to tell more people about their abortions.” And, she says, “we would expect additional delay.” 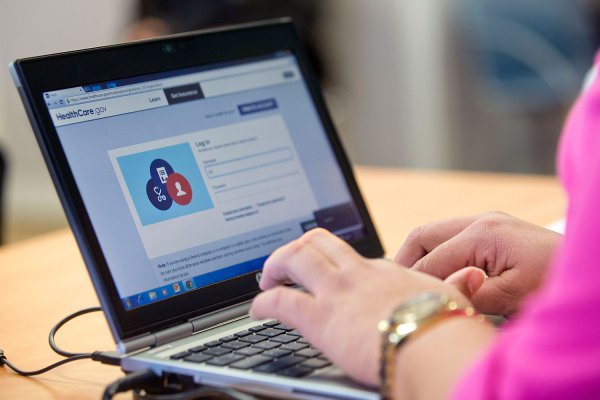 Once More Unto the Breach: Obamacare Site Was Hacked
Next Up: Editor's Pick