Behind the Scenes: On the Record With the CIA

For the Central Intelligence Agency, 1974 was rough. It had, in recent years, been party to the Watergate scandal (five of the seven burglars worked for the CIA); it backed a military coup to oust Salvador Allende, a democratically elected president, who was replaced by the monstrous Augusto Pinochet; and it had been the subject of a critical, unflattering book called The CIA and the Cult of Intelligence, which the federal government went to great lengths to censor, going so far as to take the author to court. And soon enough, Operation CHAOS, an “illegal domestic intelligence program” begun under President Johnson, was exposed in the New York Times by Seymour Hersh. (This wasn’t the last time the agency would spy on Americans.)

So it should be no surprise that the agency, which was founded on this day in 1947, soon found itself on the cover of TIME. The Sept. 30 story, “The CIA: Time to Come In From the Cold,” was written by associate editor Frank Merrick and reported by TIME’s State Department Correspondent, Strobe Talbott, and, to a lesser extent, reporter-researcher Sally Bedell. Talbott had been at TIME since 1968, as an intern in the London Bureau. “There was a ‘Get the CIA’ attitude then,” Talbott, who has been the president of the Brookings Institution for the last 12 years, tells TIME.com.

But the story revealed a CIA that, under its new director, William Colby, was trying to be somewhat less clandestine.

Today, Talbott isn’t sure how long it took him to report this particular story; for some articles, he was given as little as three days. But he was continuously on the intelligence beat in those days. Anything from that period, he says, was the result of “what was then a couple of years of experience.” And that work paid off: in the note that accompanied the story, publisher Ralph P. Davidson remarked that it was rare for the CIA to grant any journalist an on-the-record interview.

But not everything was copacetic between Colby and the magazine. The 5,000-word story was accompanied by a cover photo William Colby’s face, his eyes masked by dark shades. On the left lens is written “The CIA” and on the right, “Has It Gone Too Far?” (In the New York Times obituary for Colby, Tim Weiner wrote, “…when asked a question he did not care to answer, he would tilt back his head so light reflected off the lenses of his glasses, turning his eyes into blank white disks.”) Forty years later, that image still rankles Talbott, who apologized to Colby at the time for what he felt was “an editorial dirty trick.”

“I felt it was sensationalistic and unfair to him,” he explains, “because it made him look both opaque and sinister.” He was not. Colby, as Weiner put it:

Colby was eventually fired, notes Talbott, in part for his attempt to bring the CIA in from the cold–to give it at least a sliver of transparency. Which is precisely what he was doing in TIME’s cover photo; he was testifying in front of Congress. Alas, the “bastards in New York tried to sensationalize it.”

Colby was succeeded as head of the CIA by George Herbert Walker Bush, in 1976. He would die under tragic, strange circumstances 20 years later.

Talbott spent 21 years at the magazine. He went on to serve in Bill Clinton’s State Department, ultimately as deputy Secretary of State. He has been at the Brookings Institution for 12 years.

His years at TIME, during which he covered diplomacy, military strategy, national security and intelligence, proved helpful in his subsequent career. He recalls walking into a meeting at the State Department in 1993–the first he’d ever chaired, about the former Soviet Union–only to find out that he was familiar with some of the attendees. “A couple of people in the room were rather embarrassed,” Talbott says, “because they were career government people who had been leaking to me over the years.”

Read the full cover story here, in TIME’s archives: The CIA: Time to Come in From the Cold 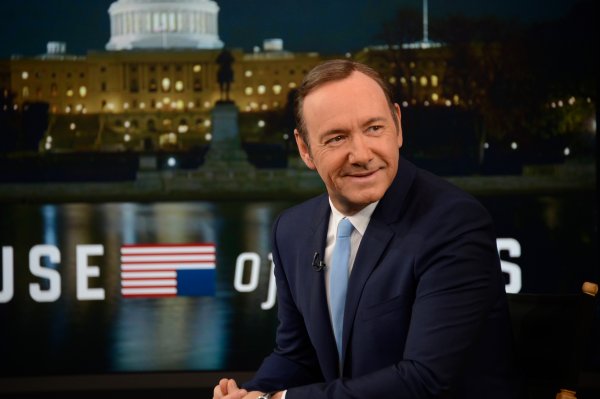 Netflix's Plan to Conquer the World
Next Up: Editor's Pick