The Treasury Department will run out of “extraordinary measures” to keep the government afloat by the end of February if Congress does not act to raise the debt limit, Treasury Secretary Jack Lew said in a statement Monday.

The temporary suspension of the debt limit passed by Congress last year expires Feb. 7, but Lew warned that the Treasury would only be able to stave off a government default using “extraordinary measures”—accounting maneuvers such as deferring trust fund investments—for a “brief span of time.”

“We now forecast that we are likely to exhaust these measures by the end of the month,” Lew said.

The statement calls on Congress to act quickly to increase the debt limit so that the government can borrow the money it needs to keep functioning, and warns that delayed action could have serious financial consequences. Last year’s debt stand-off caused a plummet in consumer confidence and rattled financial markets. Lew also warned that only Congress can increase the government’s borrowing authority, and “no Congress in the history of the United States has failed to meet this responsibility.”

Anticipating a Republican argument that raising the debt limit should be tied to spending cuts, Lew reminds Congress that the debt limit is about “paying bills that have already been incurred,” and that refusing to raise the ceiling won’t make the bills go away. The statement also reminds Congressional Republicans that House Speaker John Boehner said that not only should the U.S. never default on debt, we “shouldn’t even get close to it.” 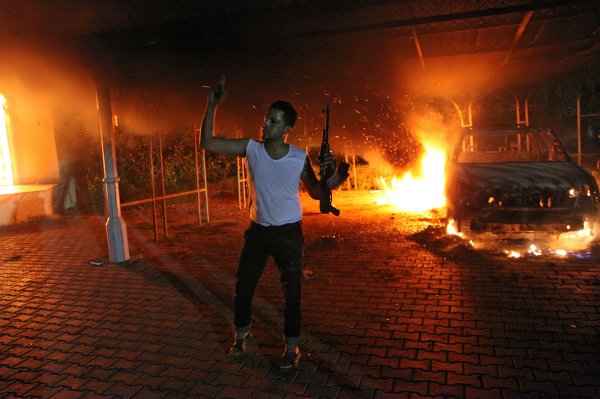 Why the U.S. Military Can't Kill the Benghazi Attackers With a Drone Strike
Next Up: Editor's Pick