Rex USA
The shadow-theater artists Attraction won in 2013 with a program celebrating the history of England—pretty impressive, considering the troupe is Hungarian
By Sam Lansky

Back in 2005, Simon Cowell was in his kitchen watching a British singing contest on TV when he was struck by an idea. “A girl was murdering Oleta Adams’ ‘Get Here,’ which I’ve heard so many times,” he recalls. “I remember thinking, I literally would rather watch a dancing dog than this. That sparked an idea in my head.”

Nearly a decade later, the concept spawned by that moment has become a worldwide phenomenon. The Got Talent franchise, a modern take on the old-fashioned variety show, began with America’s Got Talent in 2006 and spread around the world, first to France (Incroyable Talent) then to countries as far-flung as Argentina (Talento Argentino), Vietnam (Tìm kiê’m tài naăng) and Azerbaijan (Göster özünü). As for the format? “There are no rules,” Cowell says. “Anybody and anything can come on it. You don’t know what’s going to happen.”

Ratings have flagged for the Cowell-created American Idol, and the U.S. version of his show The X Factor was canceled after a string of lackluster seasons and failed stunt casting. Yet America’s Got Talent has emerged as a high-rated stalwart on NBC’s lineup. The show’s international reach–there are now 66 versions–has earned it a spot in Guinness World Records as the most successful reality-TV format in history.

But while Cowell’s other shows have always been buzzy, America’s Got Talent–which wraps its ninth season on Sept. 17–has never been as talked about as Idol or X Factor, even as it has eclipsed its competitors in viewership. “I don’t think we ever tried to overhype this show,” he says. “It’s been a slow burn. Over time, it’s quietly become the biggest show in the world.”

It’s not just that the formula works on its own. The rise of the Got Talent empire coincided with a shift in viewing behavior that Cowell credits to the advent of YouTube. “People started to get interested in watching wacky stuff on the Internet,” he says. “That’s one of the reasons I was convinced it could work as a format.”

In the years since, the show, in its many incarnations, has launched a few global stars, like multiplatinum recording artist Susan Boyle, who was discovered on Britain’s Got Talent. But more dizzying than boldface names are the micro-successes, which run the gamut from inspiring to head-scratching: a Chinese man with no hands who plays the piano with his toes, a Swedish Rubik’s Cube solver, an Italian ventriloquist, a South African praise poet. And in 2012, another discovery on Britain’s Got Talent made Cowell’s dream come true: the sixth-season winners were Ashleigh and Pudsey, a dancing dog act.

Correction: The original version of this story incorrectly described the sixth-season winners of Britain’s Got Talent; they are Ashleigh Jade Butler, a dog trainer, and Pudsey, her dog. 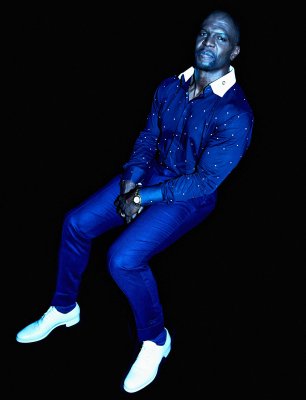 Terry Crews Won't Hit the Brakes
Next Up: Editor's Pick